Shaun McCamley, previously the President of Grand Ho Tram Strip in Vietnam, has recently joined Global Market Advisors as head of their Asia office. McCamley has over 34 years experience in the Gaming Industry holding Key Management Gaming Licenses issued by the UK, USA, and Australia. He has worked as CEO and General Manager of major Far East-based consultancies and Casino Resort establishments. McCamley was commissioned to set up international standard casino establishments in Australia (Perth) the Philippines (Subic Bay) Tinian and former Republic of Yugoslavia. In 2004 he formed EuroPacificAsia Management Consulting Ltd, www.epamanagement.co.uk a firm that provides casino management and marketing services globally. He is also a specialist in the preparation of marketing and business plans for casino operators looking to expand into SE Asia. McCamley has a sharp focus on marketing initiatives that achieve the best possible ROI, looking at revenue projections and operating procedures. Also an expert in the online casino market, particularly within Asia and the Americas, he has a wealth of knowledge that enables him to drive global casino marketing and achieve strong results for any gaming group. Specialties include Senior Executive Management, Casino resort pre-opening phases, Manpower management and development, Casino Operations, Asia Pacific Marketing, Player Development, Interactive Gaming Consultancy, Expert Witness on all matters Gaming.

January 24, 2017
In mid-January 2017, Vietnam finally lifted its long-standing ban on domestic gambling, allowing Vietnamese locals to finally enter select casinos in the country. The decree, which is said to come into effect on March 15, allows for Vietnam locals over 21 years of age, with a monthly income of at least VND 10 million (US$445) […]

January 27, 2016
Casino gaming consulting firm Global Market Advisors (GMA), has announced that Shaun McCamley has joined the company as head of its Asia regional office. Due to the company’s growth, GMA recently moved to larger space in the central business district of Bangkok, Thailand, where Shaun will be based.   On Shaun’s new position, Steve Gallaway, […] 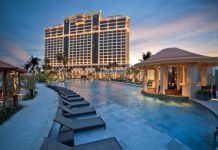 September 28, 2015
Michael Kelly has been appointed executive chairman of Asian Coast Development Limited and its asset company, Ho Tram Project Company Limited, taking the reins of one of Vietnam’s biggest casino projects.  According to Ho Tram’s spokesperson, Matthew Underwood, Kelly will be based full time in Vietnam and will not only oversee the daily operations of […]

May 8, 2015
The Asian Poker Tour’s inaugural event in Vietnam kicked off this week at the Grand Ho Tram with a total of 71 buy-ins at the first No Limit Hold ‘Em event.  Three events were held on the first day, with Singaporean Jereld Sam taking out the Mega Satellite event, earning himself automatic entry into the […]

Would Asia bet on a full house?

July 8, 2016
Bingo is not a game we hear a lot about in Asia. Legal and regulatory restrictions, coupled with a lack of appetite for the game, mean it is near non-existent in the likes of Korea, Macau, Malaysia, and Singapore. However, bingo is becoming popular in some parts of China, particularly Taiwan where a speed variant is played through the state lottery and in the Philippines the game has been played in various forms since Spanish Colonialism back in 1521. So could it catch on?

May 27, 2016
Vietnam’s slow-moving legislative process, combined with the burden of the existing regulations, means the country’s full potential as a gaming destination won’t be reached until the next decade at the earliest, industry experts say. Although there has been a lot of speculation that there will be some relaxation of these rules, it now doesn’t look likely to happen for some time to come.

May 15, 2015
Foreign investors are still waiting for clarity on when Vietnam will pass a bill that is expected to reform the country’s gambling industry, opening the market to locals for the first time and potentially triggering a flood of foreign investment. The passage of legislation is keenly awaited by operators keen to enter the market, but who are wary of major investment in a jurisdiction solely reliant on foreign tourism.

May 8, 2015
Along Vietnam’s coastline in Ba Ria-Vung Tau Province, the verdant hills of The Bluffs golf course rise and fall to form undulating shapes on either side of a road that leads into one of Vietnam’s newest and most spectacular casino resorts, The Grand on the Ho Tram Strip.