Ros Phirun is the spokesman for the Ministry of Economy and Finance’s gaming and casino department of Cambodia. 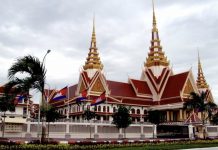 September 11, 2019
The Cambodian government needs to hasten the passage of the draft gambling law in order to keep investment flowing into the country, according to experts at the Mekong Gaming Summit. Interviewed by Khmer Times, Asia Gaming Brief managing director Rosalind Wade said that Cambodia needs to act fast and approve the law “as soon as […]

September 10, 2019
Cambodia is expected to publish long-awaited legislation to regulate its gaming industry in early 2020, with the bill scheduled to introduce a system of taxation based on gross gaming revenue.

September 9, 2019
The first edition of the Mekong Gaming Summit, a two-day conference focused on gaming developments across the region, kicks off on Tuesday in the bustling city of Phnom Penh, Cambodia. More than 170 gaming executives from the Mekong region are set to attend, making it one of the largest standalone gaming conferences in the region […] 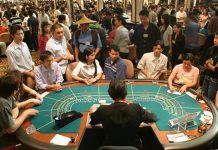 September 12, 2017
Cambodia’s draft gaming law will be submitted to the cabinet for approval within this month, opening the doors to foreign investment in the country’s gaming industry, local media reports. “We got a lot of input for the draft law after many inter-ministerial and stakeholders’ meetings,” Ros Phearun, deputy director-general of the Finance Ministry’s financial industry […] 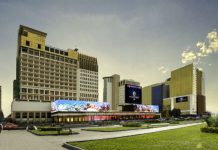 July 14, 2017
NagaWorld will be subject to an additional tax bill on its non-gaming operations, similar to the $16.6 million tax that was imposed last year, Phnom Penh Post reports. Ros Phirun, deputy director-general of the Finance Industry Department was quoted as saying that the operator will need to pay at least $16 million on their non-gaming […] 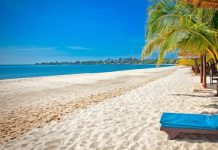 June 8, 2017
A total of 79 casino licenses have now been issued in Cambodia’s gaming sector, with most of the new investment directed to Preah Sihanouk province, a government official said on Wednesday, Phnom Penh Post reports. Ros Phirun, deputy director of the finance industry department at the Ministry of Economy and Finance said that most of […] March 14, 2017
Tax revenue collected from Cambodia’s casinos jumped by about 40 percent in 2016 helped by increasing volumes, government efforts to improve tax collection and an accord with the country’s biggest operator NagaCorp. Ros Phearun, a deputy director-general of the Finance Ministry’s financial industry department, was cited by local media as saying that the government and […]

January 24, 2017
Vietnam’s move to allow locals to gamble should not have a significant impact on casinos in Cambodia, says Ros Phirun, deputy director-general of the Finance Ministry of Cambodia. Last Friday, the Vietnamese government officially lifted its long-standing ban on gambling, allowing locals to enter approved casinos. It is currently understood that two casinos, one in […] 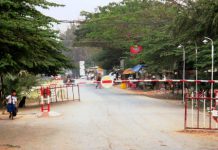 December 13, 2016
MQ Technology Bhd, a Malaysian investment holding company is reportedly in discussions with Cambodian Resorts and Entertainment Co Ltd (CRE) to develop a $30 million gaming resort and theme park in Southeast Cambodia. According to StarBizWeek, the proposed resort would be situated in Banteay Chakrey in Prey Veng Province, in the southeast of Cambodia close […]

December 8, 2016
The Cambodian government has been working on measures to control and manage online gambling, an official at the Ministry of Economy and Finance told Khmer Times. Ros Phearun, a deputy director-general of the Finance Ministry’s financial industry department said while the gaming law is in progress and is expected to be approved sometime next year, […] 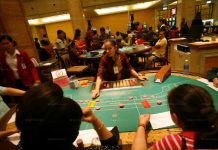 Cambodia rakes in $37.4 million in taxes in nine months

October 19, 2016
Cambodia collected a total of US$37.4 million in taxes from casinos in the first nine months of 2016, reports Xinhua, quoting a finance ministry report released on Tuesday. The tax revenue represents a 35.5 percent increase over the same period last year, following a number of changes the government took to improve the transparency, efficiency […]

August 31, 2016
The Cambodian government is conducting an audit of NagaWorld to assess its tax liabilities on non-gaming operations, local newspaper Phnom Penh Post reports. “The audit is ongoing and we have yet to finalise how much NagaWorld owes for their non-gaming operations,” said Ros Phirun, deputy director of the finance industry department at the Ministry of […] 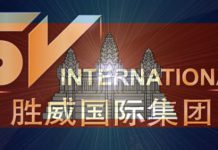 March 28, 2016
A Malaysian company has reportedly obtained approval from Cambodia’s Council of Ministers to develop hotels and casinos in Sihanoukville, local media reports. Salient Ventures, a locally registered subsidiary of SV International, announced in a promotional video that it would transform the coastal city into the “Macau of Southeast Asia”, and that it was buying up […]

February 12, 2016
Cambodia-based NagaCorp says it expects Cambodia to pass a gaming law in 2016 that will likely include a tax provision and possibly a gaming tax. According to Nagacorp chairman Timothy McNally,Cambodia is likely to approve and pass a gambling bill in Y16Q4. It is currently in drafting stage. The company said in its view any tax […]

February 8, 2019
Cambodia’s casino boom is continuing, with a 53 percent increase in licenses granted during 2018 and growing interest from Macau-based operators and junkets as Chinese tourism and investment surges. 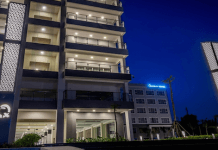 Cambodian doors to close as Vietnam opens to locals?

March 16, 2017
Cambodia’s gambling industry is eyeing moves to open up the market in neighbouring Vietnam with trepidation, though views are mixed on the potential impact. Casinos lining Cambodia’s border with Vietnam have long benefited from traffic from Vietnamese who have been banned from gambling at home. Vietnamese are estimated to spend about $800 million annually gambling overseas, with a large chunk of that funnelled into its neighbor’s casinos.

Could Sihanoukville be Asia’s next gambling hub?

April 29, 2016
Malaysia-based SV International revealed plans to transform the sleepy coastal town of Sihanoukville, Cambodia, into the “Macau of Southeast Asia.” It plans to “bulk acquire every potential development lot” in the town’s port area, and is “purchasing existing hotels for renovation and equipping them with gaming licenses.” However, unless legislation is improved,  infrastructure upgraded infrastructure and transport links are improved existing operators are sceptical about the plan's chances for success. January 15, 2016
Cambodia’s coastal town of Sihanoukville, a sleepy place popular among backpackers and expats looking to escape the frenetic pace of the capital, has long been a gateway to some of Cambodia’s most prized beaches. However, that is changing with a surge in Chinese investment in hotels and casinos in the city itself. Part of the boom has been driven by online gambling, but a string of recent busts may have dented confidence in the industry.