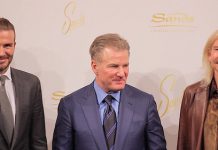 Las Vegas Sands signaled its seriousness about the Japanese market this week by holding large-scale, star-studded events in Tokyo and Osaka on Wednesday and Thursday. Led by executives such as LVS President and COO Robert G. Goldstein and Marina Bay Sands President and CEO George Tanasijevich, as well as global celebrities David Beckham and Joe […] 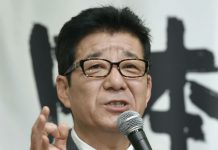 Osaka Governor Ichiro Matsui, a regional politician known to be in favor of establishing IRs, has openly criticized the proposals regarding entry to casinos, now being considered by the central government, as being too restrictive. At his June 21 press conference, Governor Matsui answered reporters’ questions an IR in Osaka Prefecture for about 15 minutes. […] 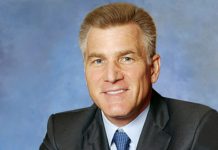 Las Vegas Sands executives told an earnings conference call on Wednesday that they expected Asia, and in particular Macau, to lead the post-Covid-19 recovery of the global IR industry. President and COO Robert Goldstein noted, “We do believe there’ll be some opening in May perhaps or June… It won’t be one flick of the switch […]

Singapore’s two operators are seeking to add more non-gaming attractions to boost growth as income from their casinos continues to drag, with results released this week showing an unexpected drop in mass revenue at Marina Bay Sands.  Casino revenue for the quarter fell 1.6 percent to $556.7 million, with adjusted property EBITDA dropping 1.7 percent to $357 million. The property reported a drop of 29 percent in its rolling chip volume, but more unexpected was the almost 11 percent drop in mass market volume year-on-year. Slot handle gained 6 percent.