Maxim Smolentsev, president of the Shambala Casino in Russia 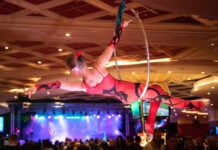 November 16, 2020
The Russian Far East has hosted the Tigre de Cristal casino since 2015, but with the grand opening of Shambala on October 16, Primorye is now truly a gambling zone in competition with its regional neighbors. 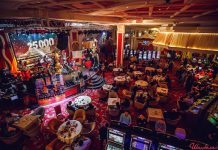 Shambala still pushing to open “soon,” but no date set

August 10, 2020
The Primorye Development Corp. has reiterated that Russia’s largest IR to date will open imminently, but that no specific date has been set. 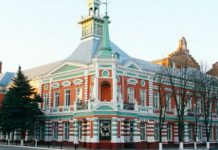 March 26, 2018
The Russian government has reduced the territory of gambling zone Azov-City, which investors view as a sign it won’t be closed as planned. The order to redefine the zone’s borders was issued on March 5, and noticed by Maxim Smolentsev, head of CJSC Shambala, which operates the Shambala casino in Azov-City. According to Smolentsev, the […] 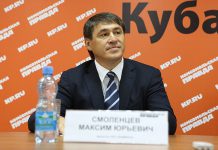 September 27, 2017
Shambala CEO Maxim Smolentsev on Tuesday presented plans for a gambling facility in Primorye during a meeting headed by regional Vice Governor Yevgeny Polyansky, according to state news agency RIA Novosti. The project was reportedly approved by Polyansky and other officials. According to the investor, the project was developed by international architectural firm AEDAS, which […]

May 28, 2017
An investor in the Azov-City gaming zone has announced its intention to invest in the Crimean gambling zone on one condition – for the authorities to provide guarantees it won’t be unexpectedly closed like his previous business. Earlier this week, Maxim Smolentsev, the owner of the Shambala company, which runs two casinos in the zone, […] 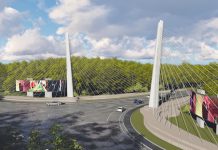 March 27, 2020
The Primorsky Krai Development Corp (PKDC), which is responsible for management of the Primorye gaming zone, expects a key project to move ahead in May this year, despite the outbreak of the coronavirus and remains upbeat about the region’s longer-term prospects.