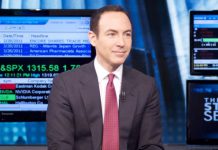 July 29, 2015
New York activist investor Jason Ader has suggested that GVC Holdings Plc will need to increase its 122.5p ($1.91) per share offer in order to succeed in its takeover bid for bwin.party Entertainment. Ader’s investment fund Springowl, which owns 5.2 percent of bwin.party, has stated that GVC Holdings and its bid backer Cerberus Capital Management […]