Jamie Nettleton practises extensively in the gambling area, and advises on all legal issues relating to the gambling industry in Australia and internationally. He is the secretary of the International Masters of Gaming Law and has presented extensively on gambling law topics in Australia and internationally. He is the ex-chair of the Sports and Gaming committee of the International Bar Association. Jamie is recognised as one of Australia’s leading experts in relation to the regulation of gambling, and particularly interactive gambling and sports betting

November 21, 2016
The proposed amendments to the Interactive Gambling Bill will see a strengthening of provisions against online gaming services, and give greater power to ACMA to enforce regulations, according to a report from Addisons. Earlier this month, the federal government introduced the Interactive Gambling Amendment Bill 2016 into federal parliament, which is said to be debated […]

September 22, 2016
The International Association of Gaming Regulators (IAGR) has announced its program for the 2016 Annual Conference to be held in Sydney, Australia. The event will explore emerging issues affecting gaming regulators, policymakers and industry executives in gambling markets around the world. The event will also bring the IMGL Masterclass series into the Sydney conference week-long […] 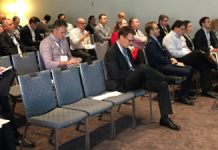 August 12, 2016
International bookmakers in Australia’s wagering sector will find it harder to make money, while the millennials market continue to elude players in the industry.  Those were some of the key messages from speakers at the Gaming, Racing & Wagering Australia 2016 conference held in Sydney this week. “Consolidation in the wagering sector will continue, with […] 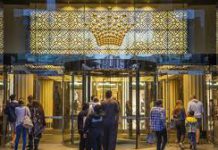 Crown probes to focus on probity, though major hurdles unlikely

September 6, 2019
Australian regulators are likely to focus on probity issues in their investigations into Crown Resorts’ operations, although experts don’t expect any major red flags to be raised. 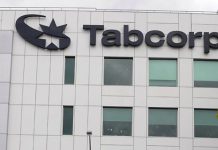 July 13, 2017
Australia’s booming sports betting market is still seen as being attractive to foreign investors despite the merger of local incumbents Tatts and Tabcorp, which are now expected to dominate the market. Opponents to the merger say the combination will reduce competition in the fastest growing area of the market - online and telephone betting. It also comes hot on the heels of new online gambling legislation, which far from bringing Australia in line with international standards, imposed a more restrictive regime.

Macau - February 25, 2021
Melco Resorts & Entertainment said it had returned to positive EBITDA in Q4, although revenue was down 64 percent from the prior-year quarter.

Caesars Q4 loss widens to US$555 million, sees pick up in Q1 demand

Elsewhere - February 26, 2021
Caesars Entertainment posted a loss for Q4 of $555 million compared with a $13 million profit in the prior year, but said it has seen a pick up in demand in the New Year, especially at its regional properties.