Jim Murren was named Chairman and CEO of MGM Resorts International in December 2008.He leads a company of 71,000 employees operating 17 destination resorts nationally and internationally, in Nevada, Michigan, Mississippi, New Jersey, Maryland and another in development in Springfield, Massachusetts. Mr. Murren serves as chairman of MGM China Holdings Limited, which owns MGM Macau and in 2017 will open MGM Cotai. He also serves as chairman of MGM Growth Properties, a real estate investment trust.Mr. Murren joined MGM in 1998 after spending more than a decade on Wall Street, where he was regarded as a leading analyst in the hotel and gaming industries. His arrival at MGM coincided with a period of dramatic growth for the company, including the acquisitions of Mirage Resorts and Mandalay Resort Group.He is the visionary behind CityCenter, the unprecedented urban resort destination that opened on the Las Vegas Strip in 2009 featuring centerpiece ARIA Resort & Casino. CityCenter – a sophisticated mix of resorts, residences, conference facilities, dining and retail – is among the largest “green” developments globally. Using cutting-edge solutions, CityCenter demonstrates that sustainability enhances the guest experience. A native of Fairfield, Conn., Mr. Murren graduated from, and is a Trustee of Trinity College, where he majored in Art History and Urban Studies. He is Chairman of the American Gaming Association, a member of the Board of Trustees of the Brookings Institution and the National Infrastructure Advisory Council. He is chair of the Leadership Board of the University of Southern California, Keck School of Medicine. He is a member of the Board of Trustees for Howard University; and a member of the Business Roundtable, an association of CEOs of leading U.S. companies.A leader in the area of corporate responsibility, he was named a Responsible CEO of the Year by CR Magazine. He is the recipient of the “Distinguished Leader Award” by the University of Massachusetts’ Isenberg School of Management and “Executive of the Year” honor by Casino Journal. Under his leadership, MGM Resorts International was named among FORTUNE® Magazine’s World’s Most Admired Companies® in 2016. Mr. Murren was also named to the Institutional Investor “2017 All-America Executive Team” ranking as a Best CEO for Sell-Side.With his wife, Heather, he is actively involved in assisting wounded warriors and their families through the creation of a Fisher House in southern Nevada. 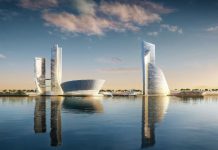 James Murren, chairman and CEO of MGM Resorts International revealed that his company envisions building a relatively small casino that would be less than 2 percent of his proposed IR’s total floor area. Music, sports, and other entertainment facilities would dominate an MGM IR in Yumeshima. “Osaka has two airports,” Murren added, “and it has […] 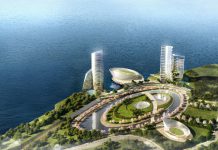 MGM has $9 billion for Osaka IR

James Murren, chairman and CEO of MGM Resorts International, says the company anticipates an investment of about JPY1 trillion (US$9 billion) should it win its bid to build an IR at Osaka’s Yumeshima site. Murren made the comments on Tuesday after paying a courtesy visit to Osaka Governor Ichiro Matsui and Osaka Mayor Hirofumi Yoshimura. […] 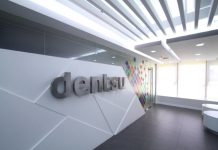 Dentsu, Japan’s advertising giant, is looking to expand far beyond its traditional fields of business and to become a direct, major player in the management of IRs. Satoshi Okabe, consulting director of Dentsu’s Integrated Resort & Tourism Business Project, provided an exclusive interview to Asia Gaming Brief. Pointing to both MICE facilities and the entertainment […]

In a presentation at The Bank of America Merrill Lynch 2017 Japan Conference last Thursday, MGM Resorts International CEO James Murren took much care to emphasize his company’s vision for what he called a “Japanese-led” IR consortium. Murren did not specify whether a “Japanese-led” consortium meant that MGM was seeking only a minority stake in […] 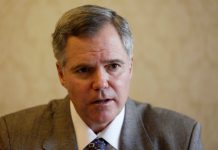 MGM Resorts International says it will be stepping up its efforts in Japan over the next 30 days, according to a report from Reuters. “We are going to have a larger office here in Tokyo,” chairman and CEO James Murren said at an investor conference in Tokyo on Wednesday. Murren said the company has hired […]

MGM Resorts International has secured CLSA’s Aaron Fischer as its senior vice president of corporate development. According to a press statement from the company on Tuesday, Fischer will be tasked to “assist the company and its affiliates in the development and strategic planning of integrated resorts.” Commenting on the new appointment, Jim Murren, chairman and […]

MGM Resorts chief executive James Murren has speculated that Donald Trump’s presidency may hurt casino interests in East Asia, specifically in Macau. MGM Resorts, which has significant assets in Macau, could come under pressure if relations between China and the U.S. sour, Murren said. “There’s no doubt that China and America disagree on many, many […]

Casino operator MGM Resorts International reported better than expected results for the three months ended September 30, 2016. According to a press release from the company, the Las Vegas based operator said it had delivered the best quarter in terms of net revenue and adjusted property EBTIDA generated by its domestic results. The parent firm […]

Hard Rock International Inc. says it is prepared to make a “major investment” in Japan, Bloomberg reports. With renewed discussions around the legalization of casinos in the country, the U.S. chain is looking for partners to jointly bid for a license should gaming resorts be approved, said its chief executive officer Hamish Dodds in an […]

Las Vegas-based casino operator MGM Resorts International is willing to spend up to $10 billion for a Japanese casino via a REIT, said chief executive James Murren on Monday. While casinos are currently banned in Japan, recent political shifts have resparked the possibility of their legalization. In an interview with Reuters, MGM’s Murren said the […]

MGM Resorts International may be willing to buy even more shares of MGM China Holdings, said chairman and chief executive James Murren. However, any such purchases would be “incremental” to the 4.95 percent that MGM Resorts announced earlier in the week it would add. On Tuesday, MGM Resorts announced it had entered into a transaction […]

MGM Resorts has announced it has entered into a transaction to acquire 188.1 million shares of MGM China from businesswoman Pansy Ho. The transaction will see MGM Resorts own 56 percent of MGM China (up from 51 percent), with Ms Ho’s stake in MGM China down to 22.5 percent (from 27.4 percent). “MGM Resorts is […]

MGM Cotai opened its doors yesterday, with casino floor traffic above expectations following the grand opening ceremony. The opening night ceremony was an all business affair. Officiating guests included Macau chief executive Mr. Chui Sai on, along with key Macau government officials and executives from MGM Resorts. The low key event, was followed by a […]

Investors are more than happy to tout the importance of diversity, but will ditch these notions when earnings are on the line, said MGM Resorts CEO James Murren at a conference on Tuesday. “I find it very hypocritical that investors talk about wanting companies with a good conscience, but they’re really looking for companies that […] 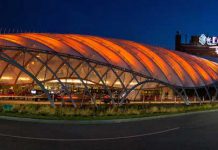 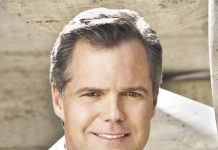 MGM Resorts Chairman and CEO James Murren has told the Japan Times that there is still enough time to open the Osaka Yumeshima IR before the 2025 World Expo, and thus capturing the benefits of having an estimated 28 million people coming to the attractions next door.

Jim Murren to step down as chairman, CEO of MGM Resorts

MGM Resorts chairman and chief executive officer Jim Murren on Wednesday announced he will be stepping down from his position prior to the expiration of his contract.  He is set to continue in his leadership position until a suitable replacement is found. MGM said it has engaged a nationally recognized executive search firm to fill […]

MGM Resorts chairman and CEO James Murren said he is “absolutely sure” he will be involved in MGM Resorts’ Japan project – with an upcoming trip to Osaka in May already on the cards.  “As it relates to Japan, very likely in May, I will be leading a group of people, including Bill Hornbuckle to […]

MGM’s Murren to be replaced by Bill Hornbuckle, Paul Salem

MGM Resorts International has announced the appointment Bill Hornbuckle, previously COO and president, as acting Chief Executive Officer (CEO) and President, replacing outgoing Chairman and CEO Jim Murren.  Murren informed the Company’s Board of Directors in early February of his plans to step down prior to the expiration of his contract, and in light of […]

In early September, MGM Resorts International CEO James Murren emphasized in a public presentation that his company was looking for a “Japanese-led” IR consortium in a major urban market. He wasn’t specific about what he meant in practical terms, but clearly MGM envisages its Japanese partners playing a major, perhaps a predominant role in a future IR. Caesars Entertainment made a similar statement, however, so far few Japanese companies have come out opening as saying they are prepared to take the lead.