Jack Lam is the chairman of Jimei Group, one of the largest VIP junket groups in Asia. In addition to his junket services, Jimei operates two casino cruise ships-the M.V. Jimei, out of Hong Kong, and Xiang Xue Lan, with routes between China and South Korea-and has several interests in the Philippines, including Fort Ilocondia Resort & Casino and Fontana Leisure Parks. The company also opened its first casino in Macau early in 2009, in the Mandarin Oriental hotel. 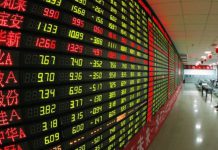 Junket veteran Jack Lam has sold his controlling stake in junket investor Jimei International Entertainment Group Ltd. According to the company’s filing to the Hong Kong Stock Exchange on Wednesday, the deal took place on April 7 involving a maximum consideration of HK$443.2 million (US$57 million), or HK$1.20 per share, for Lam’s 65.04 percent majority […]

Philippine Senator Richard Gordon has called for the creation of a new regulator for online gaming in the country, leaving the Philippine Amusement and Gaming Corp to oversee land-based casinos. The body, which would be known as the Philippine Online Gaming and Regulatory Authority (POGRA), will be better equipped to oversee the $250-billion industry using […] 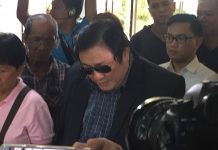 Philippine Amusement and Gaming Corp. (Pagcor) chair Andrea Domingo denies she was offered a bribe by gaming tycoon Jack Lam, though she admitted having met with him on three occasions, local media reports. Ms. Domingo made the revelation at the third hearing on the corruption scandal involving the Bureau of Immigration (BI) at the Senate. […]

The Philippines Amusement and Gaming Corporation (PAGCOR) has disclosed that Jack Lam owes the regulator around P13.9 billion (US$278.3 million), local media reports. PAGCOR assistant vice president Arnell Ignacio made the disclosure on Monday during the Senate inquiry into the alleged bribery scandal involving top officials at the Bureau of Immigration (BI). While Ignacio could […]

The year ahead – Andrew Klebanow

I think the Philippines remains an intriguing story in 2017. President Duterte’s call to PAGCOR to privatize its casinos was a wise decision, although that decision was driven more by the President’s sense of morality rather than a purely business decision. PAGCOR’s dual role as operator and regulator has traditionally discouraged outside investment. PAGCOR branded […]

Junket mogul Jack Lam is yet to show his face in the Philippines after President Rodrigo Duterte ordered his arrest last December. Lam is in trouble for allegedly offering bribes to Justice Secretary Vitaliano Aguirre and a number of immigration officials in relation to his illegal online gambling operations at Fontana Leisure Park and Casino […] 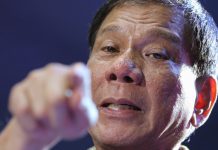 President Rodrigo Duterte has vowed to close all online gambling operations in the Philippines, saying they have no positive effects on the economy, local media reports. “I am ordering the closure of all online gaming. All of it. It has no use,” Duterte said while announcing the 2017 budget. The Philippines does not benefit from […]

Philippine President Rodrigo Duterte has ordered the seizure of all of casino mogul Jack Lam’s assets in the Philippines for allegedly not paying taxes. Duterte told reporters of his decision regarding Lam on his return from a visit to Singapore. He has also ordered the arrest of Lam, who is chairman of Jimei International Entertainment […] 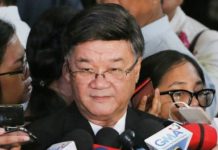 The Chinese embassy in the Philippines has offered consular assistance to junket boss Jack Lam following the order of his arrest, local media reports. Lam, who is the founder of one of Asia’s biggest junket operators, had his name and image tainted after Duterte placed an order out for his arrest for alleged bribery and […]

Lam can return if he apologizes and pays taxes: Duterte

Philippine President Rodrigo Duterte said he would allow Jack Lam to do business in the country again if he apologized for bribing an official and paid the correct taxes, local media reports. Duterte ordered the arrest of the Hong Kong-based casino kingpin after he allegedly attempted to bribe Justice Secretary Vitaliano Aguirre and Pagcor chair […]

Philippine National Police (PNP) chief Director General Roland “Bato” Dela Rosa told reporters on Wednesday that gaming tycoon Jack Lam has put out feelers about returning to the country. “He has, as of now, has feelers to surrender. He will return back here to the country,” Dela Rosa said at an impromptu interview after the […]

Jimei International Entertainment Group has confirmed recent media reports regarding the arrest order placed on its executive director and controlling shareholder Jack Lam. The company was quick to distance itself from the commotion however, which involves alleged bribery and “economic sabotage”. “The Board confirms that the incident mentioned in the articles relate to Dr. Lam […]

Ray Junia, chairman of the Road Users Protection Advocates (RUPA) has urged authorities to investigate Transportation Secretary Arthur Tugade in connection to illegal online gambling operations in Clark Freeport in Pampanga. According to Junia, it was during Tugade’s term as head of Clark Development Corp. (CDC) when Jack Lam, one of Asia’s biggest gaming moguls, […]

Lam can only be arrested if he returns to PH

Arresting Jack Lam without a warrant can only be possible if Mr. Lam returns to the country, said Philippine National Police (PNP) director general Ronald dela Rosa on Monday. Without the arrest warrant, the PNP is not able to work with its counterparts in Hong Kong and Macau to extradite Lam to the Philippines, it […]

Following the revelations that Chinese gambling tycoon, Jack Lam, had offered to pay bribes for the release of 1,316 Chinese nationals arrested in a gambling raid in the Philippines, Justice Secretary Vitaliano Aguirre II has urged Congress to look into the “ninong,” or protector. Aguirre claims that a ninong allowed Lam to bring in illegal […] 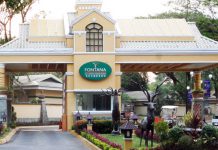 Bribes were offered for the release of 1300 Chinese workers

Philippines authorities had been reportedly offered bribes of up to P200,000 (US$4,000) for the release of each of the 1,316 Chinese nationals arrested in an illegal gambling raid in Clark Field last week, local media reports. The bribes, which would have amounted to approximately P263.2 million (US$5.3 million), was reported by Justice Secretary Vitaliano Aguirre […]

Wally Sombero, the alleged middleman of casino tycoon Jack Lam has surrendered to the Philippine National Police (PNP) for his involvement in a bribery-corruption case connected to the Bureau of immigration. Former Chief Superintendent Wally Sombero turned himself in to authorities on Wednesday morning, accused of facilitating a P50 million bribe in November 2016 for […]