Daniel Eric Gladstone, also known as Danny has been the Chief Executive Officer of Ainsworth Game Technology Ltd. since February 5, 2007 and has been its Executive Director since February 25, 2010. Mr. Gladstone has held senior positions within the gaming industry over a successful career spaning 36 years. He inducted into the Club Managers Association Australia Hall of Fame in 2000. 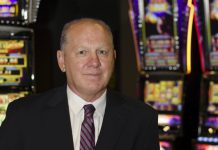 Gladstone steps down as Ainsworth CEO, to stay with company

September 24, 2018
Ainsworth Game Technology said Danny Gladstone has chosen to give up his role as CEO, but will remain with the company in another capacity.

August 30, 2018
Gaming manufacturer Ainsworth Game Technology Ltd profit after tax fell 15.8 percent in the 2018 financial year, due to a decline in Australia, Asia and Europe sales. Profit after tax for the year was recorded at A$31.9 million (US$23.3 million), down from A$37.8 million in FY17. Ainsworth noted however that it saw much improved second-half […] 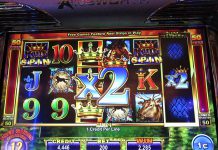 February 28, 2018
Australian gaming supplier Ainsworth Technology saw its profit after tax more than half during the first half of the 2018 fiscal year, due in part to a fall in domestic revenue, as well as a one-off tax adjustment realized in the prior year. Net profit after tax reached A$9.7 million, down 53 percent year-on-year from […]

Ainsworth says FY18 first half earnings to be below pcp

November 28, 2017
Ainsworth Game Technology says it expects to make up for a difficult first half of the financial year, with product approval delays, temporary margin impacts, change in sales mix and lower unit sales in Asia impacting on results.  The company said it expects its pre-tax profit for the first half of FY18 to be down […] 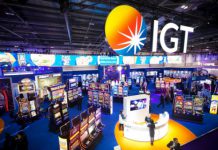 Seminar program to run at AGE 2017

May 17, 2017
Organizers of the Australasian Gaming Expo has announced today a program of complimentary seminars that will be run over the course of the first two days of AGE 2017. Covering topics as diverse as the future of Casinos in Asia, (where at least 15 new integrated resort casino developments are likely to open in the […] 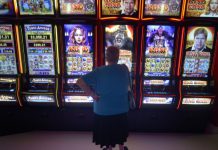 February 21, 2017
Ainsworth Game Technology Ltd. posted net profit of A$15.2 million (US$11.6 million) for the six months ended Dec. 31, 2016, in line with its guidance released last October. The results were down near 40 percent year-on-year compared to A$26.3 million in FY16H1, which the company said was expected. “Although these results are in line with […] 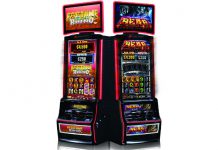 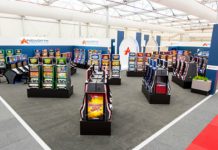 Ainsworth warns of 57.1 percent slump in profit for FY17H1

November 22, 2016
Ainsworth Game Technology has warned investors that it expects to record a 57.1 percent fall in pre-tax profit in the first half of FY17 to around A$15 million (US$11.1 million) due to “challenging industry conditions” in its domestic market. The forecasted profit is down from A$35 million recorded in the first half of FY16. According […]

November 25, 2015
Ainsworth Game Technology announced the resignation of Scott Clarebrough, group general manager of strategy and development. “During his time at Ainsworth, Scott has provided impressive leadership, guidance and training to a now well established team of game designers and product development engineers,” said CEO Danny Gladstone. “On behalf of the Board we thank Scott for […] 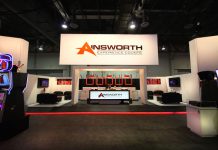 November 17, 2015
Ainsworth Game Technology says it has agreed to buy Nova Technologies, an NIGC certified Class 2 game supplier in the U.S. with 1,300 units in participation. The Australian-listed company said it will pay $38 million ($27 million) in cash for Nova, which represents a multiple of 8.1-8.5 of trailing 12-month EBITDA. “Not only is this […]

Macau airport terminal extension to be completed this year

Macau - February 11, 2021
Construction work on the main structure of the Macau International Airport (MIA) Passenger Terminal Building South Extension has been completed and the entire project is estimated to be finished in the last quarter of 2021. After its completion, the annual passenger handling capacity of MIA is expected to increase from 7.8 million to 10 million.

India - February 17, 2021
India’s Delta Corp. eked out a small profit in the fourth quarter of 2020 after gaining permission to restart operations at its Goa casinos in November.