Mr. Ballantyne is chief operating officer of Summit Ascent, Russian Operations in June 2014 and has been appointed as general director of First Gambling Company of the East LLC in which the Group holds an equity interest of 60%, since November 2014. Mr. Ballantyne came with a wealth of international gaming and entertainment industry experience gained during his career spanning 40 years. Prior to joining the Group, Mr. Ballantyne joined Ladbrokes plc. in 1972, became a casino manager in 1976 and had since 1979 held casino general manager positions for several casino properties for Ladbrokes plc. and later Stakis Casinos in the United Kingdom. From 1990 onwards, Mr. Ballantyne managed casinos and resorts in various countries, such as Poland, Russia, Lebanon, South Africa and Greece.Mr. Ballantyne holds Casino Management Certificates in four different gaming jurisdictions. He graduated from Morgan Academy in 1969 and continued his education at the Dundee College of Commerce in the United Kingdom, initially working in the Royal Bank of Scotland before joining the gaming industry. 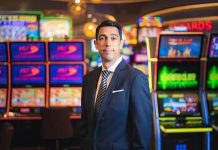 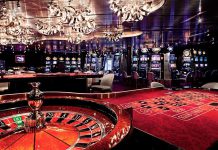 September 28, 2018
Melco’s temporary casino in Cyprus has seen more than 175,000 visitors since opening its doors in June, according to its property president. Quoted by Cyprus Mail, Craig Ballantyne, property president of City of Dreams Mediterranean and Cyprus Casinos said that the last three months of operations had “exceeded expectations.” The casino comprises of a 1300 […] 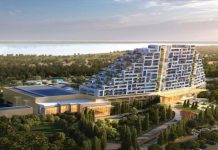 July 19, 2018
Melco’s new temporary casino facility in Cyprus appears to be picking up momentum after a sluggish first week, according to the property president of City of Dreams Mediterranean. Speaking to Cyprus Mail, Craig Ballantyne said the first three weeks of operation has seen over 34,000 visitors from 41 different countries, with 6,000 visitors registering for […]

July 10, 2018
The opening of Melco’s new Cyprus temporary casino was below expectation, and the casino’s property president said local competition is to blame, Cyprus Mail reports. City of Dreams Mediterranean property president Craig Ballantyne said around 7,000 unique guests have visited the property so far, with over 4,000 joining the casino rewards program. “There were a […] 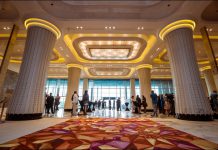 September 5, 2017
Craig Ballantyne, chief operating officer of Summit Ascent Holdings is resigning from his current position to take on a new role at Melco International Development Ltd. While the date of departure was not specified in the Tuesday filing, it is understood that Mr. Ballantyne will make his move once he completes the handover of his […]

March 30, 2017
The operator of Tigre de Cristal has had to cut the number of gaming tables by half and do away with its poker rooms due to competition with illegal gambling rooms and lower than expected revenues, Betting Business Russia reports.  G1 Entertainment director Craig Ballantyne in an interview said that when the casino opened in […] 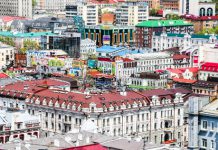 February 1, 2017
Summit Ascent Holdings’ G1 Entertainment says it is currently preparing for its second gaming facility, which will be in partnership with South Korean casino operator Kangwon Land, according to a report on the local government website. “There are plans to build a facility of 100,000 square meters, including 400 to 500 hotel rooms… At the […] 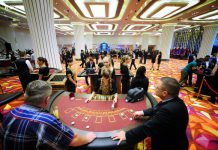 November 14, 2016
The company behind Russia’s largest casino, Tigre de Cristal, plans to invest about $500 million in the second phase of the project, according to a press statement quoting Craig Ballantyne, executive director of G1 Entertainment. “There are plans to build a facility with the area of 100 thousand square meters, including 400 to 500 hotel […]

No plans for Crimea: Summit Ascent

November 12, 2015
The first casino has officially opened in the Primorye Gambling zone in Russia’s Far East, a month after its test launch on Oct. 8. The grand opening ceremony of Tigre de Cristal took place between 0730 am and 1130 pm local time on Nov. 11, with the casino having been closed to the public at […] 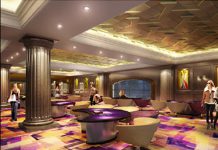 September 8, 2015
Russia’s much delayed Tigre de Cristal casino complex in the Primorye region in Russia’s far east was presented to delegates at the Eastern Economic Forum, which wrapped up last weekend in Vladivostok. Slot machines were available in a demo mode for delegates to try out, according to regional news agency Primamedia.ru. Craig Ballantyne, who will […]

September 1, 2016
Tigre de Cristal, Russia’s biggest casino, is focusing on its non-gaming attractions to boost revenue following lower-than-expected demand from locals for its casino offering. While the resort is primarily targeting visitors from Northern China for growth, at present the tourism infrastructure is lacking, forcing a greater focus on the domestic market, experts say. 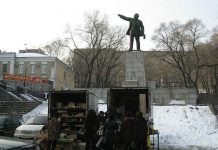 Primorye activity heats up, with $1.1b in planned new investment

May 1, 2015
The gambling zone of Primorye in Russia’s Far East continues to pull ahead of rivals, with the expected summer opening of Summit Ascent’s integrated resort and news of two other major investments worth more than $1 billion.