Colin A. Mansfield is a Director in the US Corporate Finance group at Fitch Ratings. He is a lead analyst in the Gaming, Lodging, & Leisure sector. He is primarily focused on gaming and leisure, having written extensively on various companies and industry topics. Colin and his work have been quoted in various publications, including The Wall Street Journal and The New York Times. He has appeared on Bloomberg & CNBC on numerous occasions to discuss gaming and company specific topics.

Colin joined Fitch in 2014 from Ipreo, where he focused on investor relations initiatives and consulted for Investor Relation Officers since 2011. 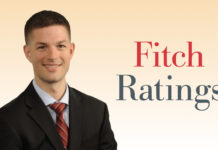 March 12, 2021
Colin Mansfield, an analyst with Fitch Ratings, spoke with Asia Gaming Brief's Managing Editor Sharon Singleton about the impact of the Covid crisis on the balance sheets and credit ratings of Asia's operators and the road to recovery.

September 22, 2017
Melco Resorts and Entertainment’s decision to file for an initial public offering for its Studio City joint venture took analysts by surprise, with many speculating the proposed listing is being used to fish for a valuation for the resort. Melco owns the Hollywood-themed IR through a partnership with New Cotai Holdings. Analysts have long expected Melco to buy out its partner’s 40 percent stake to gain full ownership, giving it access to the full revenue stream and the potential for operational synergies. However, in August, it filed for an IPO in the U.S. 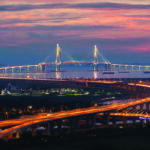