Andrew Wilkie is an Australian politician and independent federal member for Denison. Wilkie is a supporter of anti-gambling and harm minimization policies. 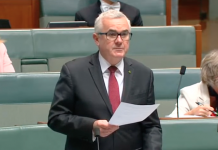 Australia turns up the heat on gambling companies

October 28, 2020
Australia is again turning up the heat on gambling companies, this time with a bill that will make them responsible to compensate victims of players who used funds obtained illegally. 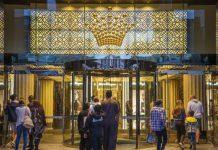 October 14, 2019
Tasmanian MP Andrew Wilkie plans to call for a royal commission inquiry into Crown Resorts after a second whistleblower claimed the company is helping VIPs to bypass customs.

July 11, 2018
The whistleblower who alleged serious misconduct at Crown Casino has had their allegations dismissed by Victoria’s gambling regulator because they wanted to remain anonymous, said independent MP Andrew Wilkie, The Guardian reports. Last year, the Victorian Commission for Gambling and Liquor Regulation (VCGLR) was ordered to investigate misconduct claims against Crown Melbourne, which alleged that […] 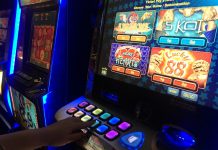 February 28, 2018
Australian pub operator, ALH Group have been hit with startling new allegations, which accuses staff across its venues of recording gambling and drinking habits of its customers to maximize profits, according to reports. The allegations is said to have come from whistleblowers – the claims which were shared this week in parliament by anti-pokies independent […]

November 28, 2017
A new whistleblower in the Crown pokies tampering case has come forward, alleging that the casino operator instructed staff to remove certain gambling options that allowed punters to win too much, ABC News reports. The new claims adds weight to the testimony made by three former employees of Crown Casino in Melbourne which alleged the […]

Crown to focus on domestic assets, VIP coming around

October 26, 2017
Casino operator Crown Resorts says it will continue to invest significantly in its Australian properties to remain competitive with new integrated resorts emerging across Asia and Australia. Crown’s executive chairman John Alexander told shareholders during an AGM on Thursday that the company will focus on improving the underlying performance of its key Australian resorts, and […] 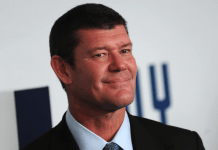 October 23, 2017
Gaming mogul James Packer says he has no intentions to expand his gaming empire to Japan, and would rather focus on developing Crown’s flagship casino in Sydney. Speaking to local newspaper, The Australian, Packer said he did not want management “distracted” by participating in any competitive bidding process for an IR in Japan. He also […]

October 18, 2017
Casino operator Crown Resorts has been accused of engaging in criminal misconduct in relation to its alleged tampering of slot machines, local media reports. In video evidence tabled in parliament by independent MP Andrew Wilkie, it is alleged that Crown Casino had deliberately tampered with slot machines to disable “lower debt options” and had the […] 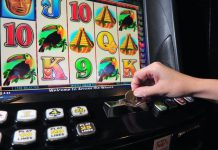 July 25, 2016
Tabcorp’s David Attenborough has welcomed the proposed tough new stance on betting advertising, saying the crackdown is a result of the wagering industry being unable to regulate themselves adequately. According to the Australian Financial Review, the CEO said the TV ad bans proposed by crossbench federal MP Andrew Wilkie and Senator Nick Xenophon had a […]

Coalition has own plans for gambling controls

July 17, 2016
Human Services Minister Alan Tudge has pushed back at calls from crossbenchers for new controls on pokies and gambling advertising, AFR reports. Last week, Senator Nick Xenophon and the Tasmanian independent MP Andrew Wilkie vowed to use their key crossbench positions in the new parliament to put pokies and gambling ad controls back on the […]