Alvin Chau is the chairman of the SunCity Group. 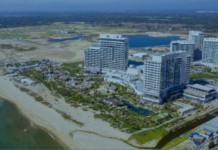 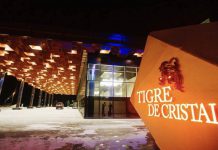 March 24, 2021
Summit Ascent Holdings, operator of Tigre De Cristal in Vladivostok said it swung the second half of 2020 to a positive adjusted EBITDA and net profit, thanks mainly to strong local demand.

October 15, 2020
Suncity Group said it has secured a two-year extension to the conversion date of outstanding convertible bonds, which are mostly held by a company controlled by Chairman Alvin Chau. 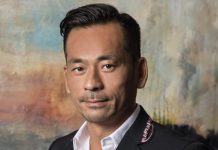 August 19, 2020
Suncity Group has announced that its chairman, Alvin Chau, will exchange his existing shareholder loans worth about US$500 million into Perpetual Securities, a move which will boost the firm’s liquidity and aims to demonstrate his full confidence in its future. Under the arrangement, Suncity may choose to repay or not to repay Chau both the […] 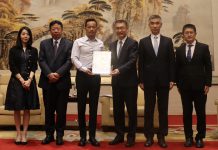 July 22, 2020
Suncity Group was given a Certificate of Donation by the Chinese central government’s Liaison Office to Macau for its efforts to fight the coronavirus pandemic. 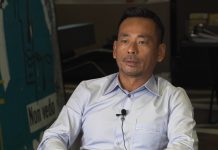 July 13, 2020
Following incendiary rumors encircling his company, Suncity Group CEO and director Alvin Chau on Sunday released a video vehemently denying all accusations which had been shared by Chinese language media over the weekend.  Chau made a detailed statement on three points in particular – the first being Suncity Group’s alleged funding of Hong Kong rioters, […] 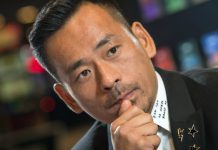 June 12, 2020
Suncity Group Chairman Alvin Chau says he expects his company to hold a portfolio of integrated results in all major jurisdictions across Asia in a few years, “rivalling peers ahead” of the company today. March 24, 2020
Summit Ascent, the operator of the Tigre de Cristal in the Russian Far East, said its CEO Eric Landheer has quit the company due to differences of opinion with the board over strategic business development.

February 10, 2020
Macau junket operator SunCity Group is granting its employees special paid leave during the 15-day closure of casinos in Macau, local media reports. SunCity CEO Alvin Chau said that the leave will not be deducted from employees’ annual leave or salaries.  Last week, the Liaison Office of the Central People’s Government said that Suncity donated […]

Suncity says chairman not under investigation in Australia

August 5, 2019
Suncity Group Holdings has issued a statement denying media reports that its chairman and controlling shareholder, Alvin Chau, is under investigation by Australian authorities.

July 19, 2019
Macau authorities have reportedly opened seven cases related to illegal online gambling in the first half of the year, local media reports.

July 17, 2019
The head of Macau’s gaming regulator said the Gaming Inspection and Coordination Bureau has inspected 25 VIP rooms and found nothing illegal and confirmed that Suncity Holdings CEO Alvin Chao is not under investigation. 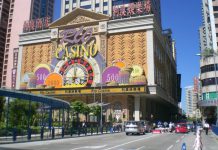 July 16, 2019
Suncity Group held the soft opening of a new VIP Club at the Rio Hotel Macau on Monday, offering a total of four rooms and 12 tables, MNA reports.  The junket operator said it will begin operating “soon,” according to the news agency.  Suncity currently operates 18 VIP Clubs in Macau and 14 VIP Clubs […]

June 3, 2019
Suncity chairman Alvin Chau Cheok Wa has been appointed as the non-executive director and chairman of Summit Ascent Holdings Limited, with effect June 1, 2019. The appointment follows Suncity buying a further 24.68 percent stake in Summit Ascent Holdings in late April, bringing its total interest in the operator of the Tigre de Cristal in […]

April 11, 2019
Summit Ascent said its executive director and deputy chairman John Wang has resigned to pursue other business interests with effect from April 12. 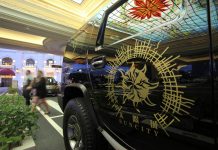 Suncity gets HK$1.5b loan from company owned by chairman

April 8, 2019
Suncity Group Holdings said a company owned by its chairman Alvin Chau has agreed to lend the junket operator HK$1.5 billion ($191 million) to fund its operations. The funds will be available from April 8th, the date of the agreement, for a period of three years, Suncity said in a release to the Hong Kong […] 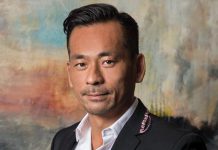 August 28, 2018
Junket operator SunCity Group reported a significantly widened loss of RMB$1.6 billion (US$235.0 million) for the six months ended June 30, 2018. In a profit warning released last week, Suncity said the loss is mainly attributable to a change in fair value of derivative financial instruments. The company also saw a year-on-year increase in the […]

June 1, 2018
Macau junket operator Suncity Group has again extended the deadline for the purchase of a 34 percent stake in a casino project in Vietnam until July 31.

May 23, 2018
Amax International Holdings has denied a report in a Chinese newspaper that Macau’s leading junket operator, SunCity International, has taken control of the Beijing Imperial Palace Hotel. 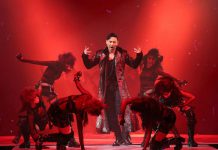 Suncity to focus on concerts, trips to drive betting growth

November 23, 2017
Macau junket operator SunCity Group says it is expanding its non-gaming offerings by investing in travel products and entertainment options that attract high rollers. In an interview with Bloomberg last week, SunCity Group founder and chairman Alvin Chau said it is rewarding its high rollers with travel packages and entertainment events, which in turn has […] 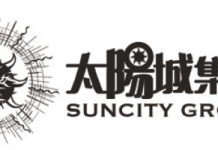 May 21, 2017
Sun Century Group Ltd, a company chaired by Alvin Chau has announced it is changing its name to Suncity Group Holdings Ltd. In a filing to the Hong Kong Stock Exchange on Thursday, the company noted the name change will take effect on May 23, and will include a change in its Chinese name as […]

March 5, 2017
SunCity Group chief executive Alvin Chau Cheok Wa says it is possible that the company may inject its junket business into the Sun Century Group Ltd, Apple Daily reports. Last year, Sun Century announced its intentions to diversify its business into tourism in markets such as Macau, Vietnam and South Korea. It acquired Suncity Group […] 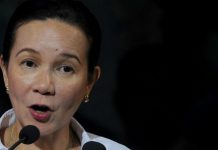 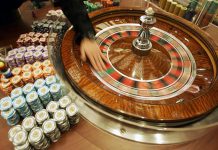 November 1, 2015
The Macao Junket Promoters and Cooperators Association says it backs the government’s intention to tighten junket regulation after the Dore incident but also called for more communication, TDM Macau reports. In a meeting with Secretary for Economy and Finance Lionel Leong, the  junket association discussed how the industry could deal with the new measures in […] 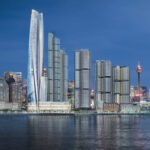 Elsewhere - April 16, 2021
BBIN is once again being recognized by the Global Gaming Awards organizers and the panel of judges in 2021, after being shortlisted for the GGA Las Vegas in 2020.