Alexander Balutan is the general manager of the Philippine Charity and Sweepstakes Office (PCSO), having replaced Jose Ferdinand Rojas II. in 2016. Balutan is a ex-marine major general, and was orignally tapped to head the Bureau of Corrections. 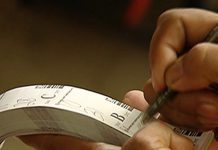 January 31, 2018
Philippine Charity Sweepstakes Office (PCSO) general manager Alexander Balutan claims he was offered a bribe in September 2016 to hand over full control of the nation’s Small Town Lottery (STL) operations. According to Philstar, Balutan made the revelation while facing a panel headed by Parañaque Rep. Gus Tambunting, as part of a House of Representatives […]

PCSO agrees to meet with PNP after funding threats

July 23, 2017
PCSO chair Jose Jorge Corpuz says he is willing to meet with PNP chief Ronald “Bato” dela Rosa to “clear gray areas” in their fight against illegal gambling, local media reports. Last week, PCSO general manager Alexander Balutan said they were planning to cut its funding by around 50 percent because of what they described […] 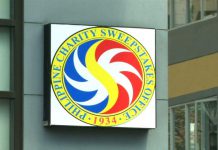 February 17, 2017
House leaders are seeking to amend the charter of the Philippine Charity Sweepstakes Office to grant it the authority to issue permits for small town lottery (STL), Philstar reports. The PCSO officially launched its expanded STL in January in an effort to stamp out illegal gambling, with PCSO chair Jose Jorge Corpuz saying his plan […] 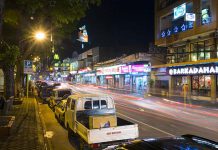 February 8, 2017
Philippines-based Meridien Vista Gaming Corp. (MVGC) has been asked to immediately stop its numbers game operations, as it is only authorized to operate within areas covered by the Cagayan Economic Zone Authority (CEZA). The crackdown comes as part of the Philippine Charity Sweepstakes Office (PCSO) latest campaign to tackle the growing illegal numbers game operations […]

PCSO and PNP to set up illegal gambling taskforce

February 3, 2017
The Philippine Charity Sweepstakes Office (PCSO) is in talks with the Philippine National Police (PNP) to step up a task force aimed at tackling illegal gambling, local media reports. PCSO Chairman Jose Jorge Corpuz on Tuesday made the announcement during the launch of the expanded small town lottery in Mandaluyong City, according to a report […]

January 25, 2017
The Philippine Charity Sweepstakes Office (PCSO) on Tuesday officially launched its expanded Small Town Lottery (STL) in an effort to stamp out illegal gambling, local media reports. Plans for the revamped STL were first announced in mid-January, with PCSO chair Jose Jorge Corpuz saying his plan was to give illegal gambling operators a one year […]