Alex Bumazhny is a Director in the US Corporate Finance group at Fitch Ratings.Since 2010, he has been responsible for company and industry research in the gaming, lodging & leisure sector, primarily focusing on gaming issuers.Alex joined Fitch in 2005 and prior to 2010 was part of the U.S. Public Finance group where he focused on non-profit healthcare issuers. He also spent a year as a credit analyst at United Nations Federal Credit Union, where he helped to oversee a $1.6 billion fixed-income portfolio.Alex earned a BS in Finance from Rutgers University and an MBA in Finance from Baruch College. He is a CFA charterholder and a member of the CFA Institute and the New York Society of Security Analysts.

Japan’s potential gaming revenues may turn out to be far below the expected $25 billion per year, says  Fitch Ratings’ senior gaming analyst Alex Bumazhny. In an interview with CNBC’s “Street Signs”, the Fitch analyst instead estimates casino revenues to be between $5 billion and $10 billion annually, far below what industry operators are hoping […]

While Macau’s gaming sector appears poised for long term recovery, the U.S. market will be seen trudging along with flat revenues, says Fitch Ratings. “Macau gaming, now firmly at the bottom of the cycle, has better long-term prospects given investments in new supply, improvements in mass market indicators and under-penetration of gaming throughout the rest […]

Fitch’s Alex Bumazhny said that the firm is projecting approximately a 5 percent decline in Macau gaming revenue for 2016. Year-to-date revenues are down 9.1 percent, but there are softer year-on-year comparisons ahead, plus the market should get a boost from the Wynn Palace and The Parisian openings, Bumazhny, Fitch’s senior director, corporate ratings – […] 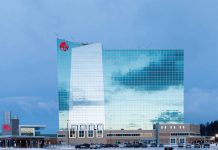 The $1.2 billion Resorts World Catskills opened its doors on February 8, expanding the Genting brand in the U.S., even though the Malaysian company missed out on a license for its own property in New York State. The project, which is the biggest of four new resorts in the upstate area, will be the first IR in the U.S. to carry the Genting name. The company has been pushing hard to penetrate the North American market, though with mixed results.

Since entering the US market in 2011 with the launch of Resorts World New York City, Genting Group has made a number of major investments in the country, indicative of an operator intent on becoming a major player in the market. These projects add up to a serious statement of intent in the U.S. from Genting Malaysia Berhad, the subsidiary which runs the Group’s U.S. casino business, even if a number of question marks remain over the particulars of its various interests.

Marketing to the masses

Galaxy Entertainment added to its range of non-gaming attractions in June, opening Macau’s first Apple Store, as operators seek to appeal to a broader market to replace the shrunken VIP sector. Macau now gets around 45 percent of its revenue from the mass sector, up from the low point of 26 percent in 2Q11. Although the mass sector has significantly higher margins than the VIP at 25 percent to 55 percent compared with 10 percent, for most, that shift is still not yet showing through in the bottom line. Getting the marketing message right may be key to tapping the mass market. 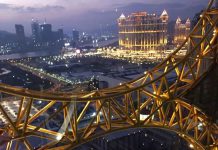 The multi-billion properties opening up on Macau’s Cotai strip are still likely to be viable, despite the slump in gaming revenue in the territory, though returns will fall far short of the levels expected when the resorts were first planned, analysts say. The six operators are set to almost double their room capacity over the next two years at a time of unprecedented uncertainty for the revenue outlook. 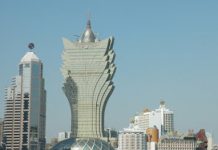 Macau’s challenge: Do policy-driven changes make for a successful market?

At this year’s Macau Gaming Show, experts were called upon to ponder whether Macau, the world’s largest gambling hub, can follow the example of Las Vegas and transform itself into an entertainment capital for the mass market.Views varied, but the one common thread was that it was going to be a long and painful transition. While Las Vegas revenue crumbled over a period of years following the financial crash of 2007, the Macau market has fallen off a cliff in little over a year largely as a result of a government policy decision in neighbouring China. That creates challenges for those trying to reinvent the market.

May 5, 2020
New Zealand’s pubs and taverns are preparing to welcome players back to their gaming rooms, with the country likely to further ease COVID-19 restrictions... 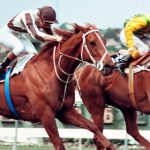 May 13, 2020
New Zealand’s racing industry is getting a major boost from the government with a $72.5 million emergency support package, including $20 million to build... 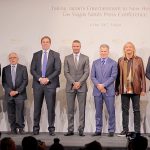 Sands’ withdrawal a vote of “no confidence” in Japanese policymakers

May 15, 2020
In an earnings conference call in April 2019, Las Vegas Sands President and Chief Operating Officer Robert Goldstein declared, “Our commitment to Japan is immense. It will be lots and lots of rooms—many, many rooms. There will be lots of retail. There will be lots of MICE, far beyond what people understand we're thinking about for Japan… We are deep into it. We're committed to it. We have a team on the ground there.