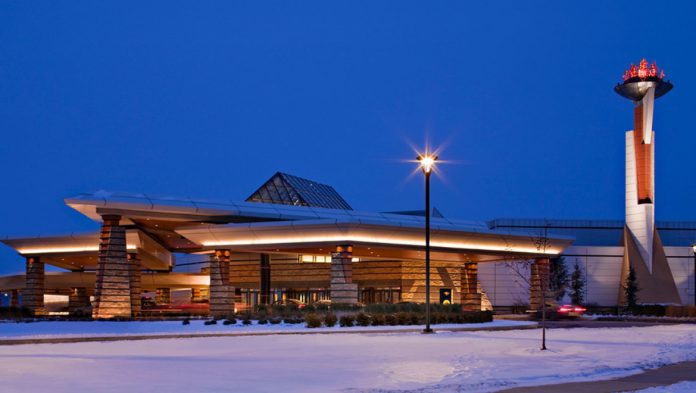 Growth in top-line aided by moderate rise in operating cost in tune of $327 million up 24 percent on year-on-year basis from $264 million, helped cushion the operating income.

Operating income of the company for the quarter ended on Jun 30, grew 41 percent on a year-on-year basis at $90 million from $64 million.

To sum-up this rise in top-line, moderate rise in operating expenditure which catalyzed positively on the operating income, further making a solid impact on the net profit of the company, as the quarter ended on Jun 30.

“Our Consolidated Adjusted EBITDA of $120.0 million was the highest quarterly total in our 25-year history,” said Raymond Pineault, Chief Executive Officer of Mohegan.

This was the first full fiscal quarter of operations without COVID-19 restrictions at MGE Niagara Resorts since the pandemic first closed the property in March of 2020, and Mohegan Digital continues to execute a strategy that is focused on profitability, Pineault added.

“The Consolidated Adjusted EBITDA margin of 28.8 percent was 529 basis points higher than the pre-COVID comparable fiscal 2019 quarter. Compared to the fiscal 2021 quarter, the Adjusted EBITDA margin has declined due to the continued reintroduction of some lower margin non-gaming amenities since the prior-year period,” said Carol Anderson, Chief Financial Officer of Mohegan

The year-over-year improvement in net revenues was due to strong performance at Mohegan’s owned properties and the addition of Mohegan Digital, Anderson added.

Citing COVID-19 related restrictions having made impact on volumes, Anderson said, “Volumes in the prior-year period were negatively impacted by various COVID-19 related restrictions at our domestic properties and the closure of the MGE Niagara Resorts for the entire period, self-imposed capacity limitations at Mohegan Sun and state-mandated health protocols at most of Mohegan’s other properties.”

Out of the $417 million top-line, Mohegan Sun contributed 57 percent pegged at $236 million, registering growth of 8 percent on YoY basis from $220 million.

Net revenues at Mohegan Sun increased by $16.4 million, “largely as a result of the reintroduction of non-gaming amenities that were not offered in the prior-year period due to COVID-related restrictions and market conditions,” the company release read.

Revenues from Sun Pocono grew 6 percent on YoY basis at $67 million from $63 million, contributing 16 percent to the revenue pie.

Net revenues at Sun Pocono increased $3.9 million, “due to increased slot volumes and increased non-gaming revenue. During the prior-year period, volumes were impacted by reduced non-gaming amenities and COVID-related capacity restrictions that were in place until May 31, 2021,” the press release read.

MGE Niagara Resorts revenues shot-up four and half times year-on-year at $80 million from $14 million and the property contributed 19 percent to the revenue pie.

Balance 8 percent contribution to the revenue pie came from all other segments, Management, Development and Other segment and corporate segment.

All other segments revenue grew, whereas Management, Development and Other segments as well as the corporate segment reported de-growth on a year-on-year basis.

Whereas in the current quarter, Mohegan Digital benefited from a cumulative update to the revenue share allocation from the company’s digital gaming partner and continues to benefit from the company’s focus on profitability, the release claimed.

In terms of segment-wise contribution to the topline of the company, of the $417 million revenue pie, gaming segment contributed 70 percent, the highest contributor registering year-on-year growth of 22 percent at $294 million from $241 million.

Retail, Entertainment and other segments was the second-largest contributor to the revenue pie registering 14 percent share, with $57 million up 30 percent on a year-on-year basis from $44 million.

Food & Beverages segment contributed 9 percent to the revenue pie, registering highest growth on a year-on-year basis at 71 percent from $21 million during the same quarter in last year to $36 million in the current quarter of 2022.

Last but not the least was the Hotel segment contribution of 7 percent and posting second highest growth in the pack – 36 percent up on a year-on-year basis at $30 million from $22 million.

On the Digital segment Mohegan is expanding its presence, geographically in a stable manner.

The company launched PlayFallsview.com online casino and sportsbook on August 2nd with apps expected to follow in the September quarter.

PlayFallsview.com is the first digital product from an existing Ontario retail casino launched with over 400 games and is available to residents and visitors of Ontario, Canada.

The Mohegan Momentum Rewards program is expected to be integrated in calendar Q4.

The company launched MoheganSunCasino.com, the Mohegan Sun Casino app and the FanDuel app are available to residents and visitors of the State of Connecticut.

Based on the state’s reporting, the company generated 100 percent of the online net casino gaming revenues in the State of Connecticut