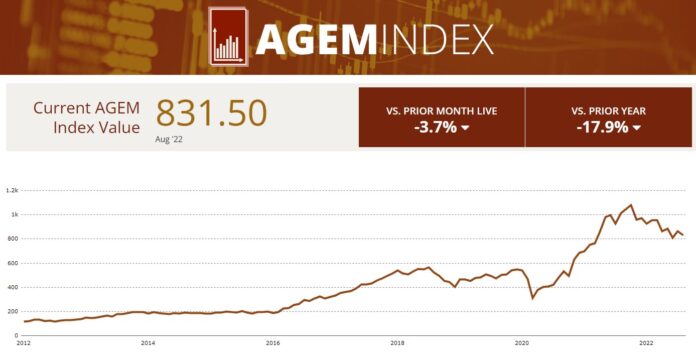 The dent in AGEM’s index was primarily due to an erosion of share prices on a month-on-month basis of the heavyweight components, including Crane Company and Konami Corp. 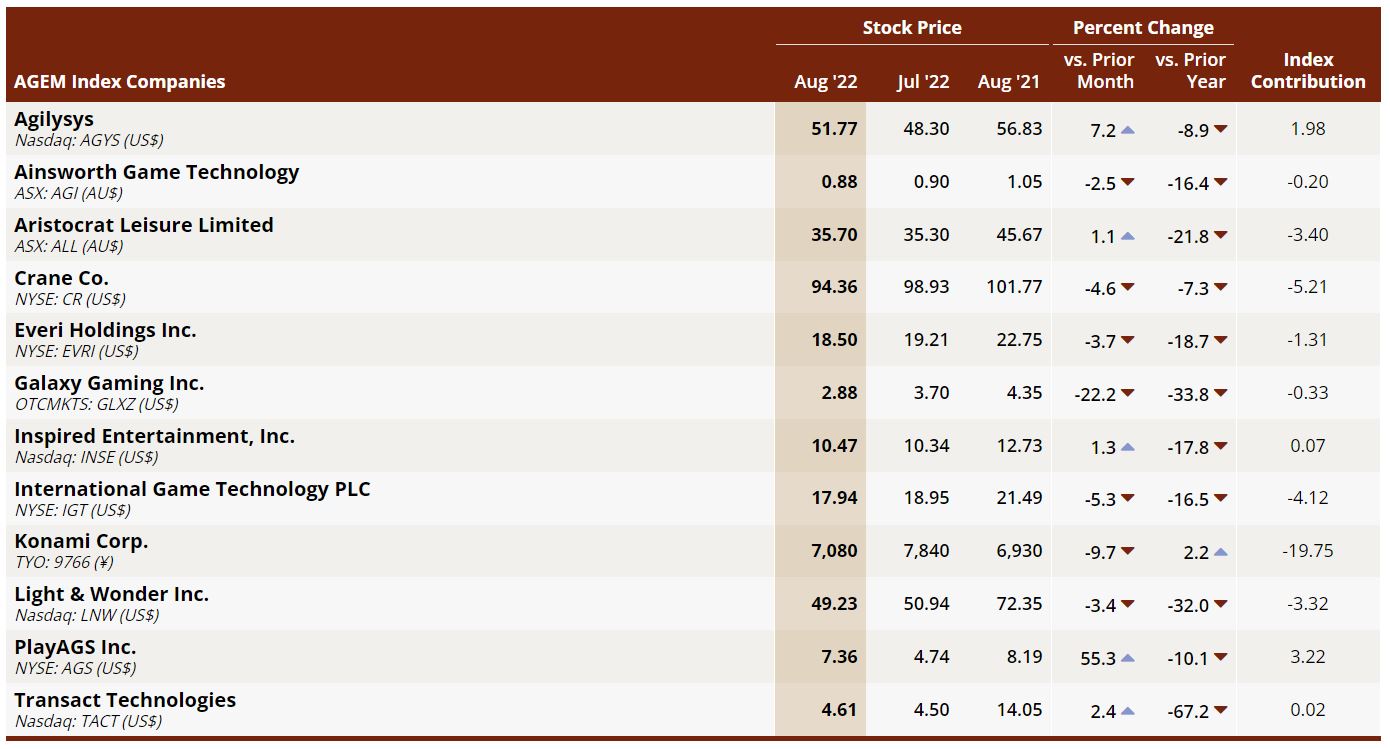 The largest negative contributor to the monthly index was Konami Corp., with a 9.7 percent dip in the stock price, leading to a 19.75-point loss to the index.

The share price of Konami Corp improved on a year-on-year basis, up 2.2 percent at $7,080 from $6,930 per share, but could not cushion the erosion of the AGEM Index.

Despite the dent of 10.1 percent in the share prices on a year-on-year basis from $8.19 to $7.36 per share, the largest positive contribution to the index was PlayAGS, whose 55.3 percent increase in stock price equated to a 3.22-point gain for the AGEM Index.

Whereas all three major U.S. stock indices saw month-over-month decreases in August 2022, the Dow Jones Industrial Average fell by 4.1 percent from July, while the S&P 500 declined by 4.2 percent, and the NASDAQ fell 4.6 percent over the latest period.