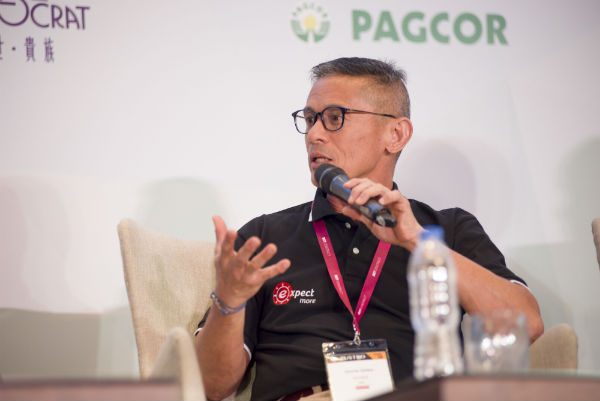 Almost two years after losing its license in a spat with Philippine President Rodrigo Duterte, gaming technology company PhilWeb Corp is on a charm offensive to win back lost business with improved content and services.

“I hope you will support us,” PhilWeb President Dennis Valdes said as he recently shook the hand of Pastor Albano Jr, a businessman who operates internet-based casinos about 500 kilometres north of capital Manila. “If the price is right,” Albano replies.

Valdes gathered dozens of independent game operators from all over the country in May to reiterate a message: PhilWeb is back in business. He wants to win back Albano and others who felt they were the unwitting victims when PhilWeb ran into regulatory troubles.

PhilWeb lost its license in August 2016, prompting electronic casino game operators to shift to a unit of rival DFNN Inc.  Albano, the businessman from Laoag City, drove for about 8 hours to attend PhilWeb’s luncheon meeting in Makati City to decide whether he should keep running DFNN’s gaming software in his machines or return to PhilWeb’s fold.

To make his case, Valdes ran some slides claiming 18 percent to 20 percent more revenue from each terminal running games provided by PhilWeb versus those by DFNN; more transparent and timely management of cash commissions, and better marketing services.

“It’s time you can expect more from us,” he says as he unveils the new company slogan.

The company has a two-pronged strategy. It aims to provide a new menu of online games, including non-casino games, to enrich the gaming experience and attract a younger audience.

It also plans to reactivate account-based play through its single wallet offering.

At the heart of this strategy is PhilWeb’s partnership with Habanero Systems BV.

Habanero’s Viva Las Vegas social gaming platform will be rolled out on PhilWeb’s system through Q3. It’s the second such social casino offering for PhilWeb after Magic Macau.

“Over the next years, we have plans to keep introducing new casino games into that mix, but always with the single wallet so the new players that are coming in can take advantage of that ecosystem.”

The single wallet will be interfaced with PhilWeb’s POS and membership system. With the player’s funds all in one virtual wallet, it’s easy to move funds in and out as the player shifts from one online game to another.

“We’re not just going to stay with online casino software because, at some point, what you don’t want to see is just another slot machine game. We’re going to put sports-betting games, virtual games, and a variety of other games into that same platform so that [the number of] our players will grow,” Valdes shares.

PhilWeb used to be the anointed vendor of Philippine Amusement Gaming Corporation, or Pagcor, to service its network of accredited e-games cafes. PhilWeb operated under a coveted Intellectual Property License and Management Agreement (IPLMA), which gave it blanket approval to provide gaming software, as well as marketing, cash management and administrative services, to all Pagcor-licensed electronic casinos operated by independent businessmen.

Belatedly, rival DFNN was also granted an IPLMA in 2013. But by 2016, Philweb still had the upper hand with 286 electronic game outlets versus DFNN’s five. That year, President Rodrigo Duterte assumed office and started blasting PhilWeb’s former chairman and major stockholder Roberto V. Ongpin as an “oligarch he must destroy.”

Ongpin eventually bowed out of PhilWeb, but Pagcor still did not renew PhilWeb’s IPLMA when it expired in August 2016. This left casino operators out in the cold and about 220 electronic casino sites later shifted to DFNN’s electronic gaming system, ‘Instawin.’

“We met with Pagcor early on, and we tried to understand what they were trying to do,” shares Valdes. A common ground for the discussions was how to eventually revive the P2 billion ($37.4 million) that Philweb had been remitting to Pagcor every year as part of its IPLMA. That amount is among the biggest non-tax revenues that directly fund some of the national government’s social programs.

A “mutually acceptable solution” was reached over a year later. It mirrored some existing regulatory structures. In the electronic bingo world, for example, Pagcor grants licenses to outlet operators who then choose the bingo machines from suppliers also accredited by Pagcor.

“In the electronic casino world, Pagcor said let’s just do the same,” Valdes says. As part of the accreditation process, Pagcor held a competitive public bidding for Electronic Gaming System (EGS) licenses. These are similar to the accreditation that Pagcor grants to bingo machine and slot machine suppliers. In October 2017, Philweb was granted the first EGS license.

By December 2017, Philweb plugged back its gaming software on 16 gaming sites operated by a fully owned subsidiary, BigGames Inc.

As of today, the company has 52 sites, with 28 of those actually owned by PhilWeb unit BigGames. Alongside the provision of services, the company has also been actively acquiring Pagcor-licensed cafe operators. It has previously said it was offering to buy the sites in return for the support it has received from the owners.

The company’s Q1 results show it is regaining ground, with a 236.7 percent spike in revenue and its cash loss narrowing from P45.4 million to P4.4 million.

No longer is Philweb a virtual monopoly in the market and now has to roll up its sleeves, and convince — and sign individual contracts with — each of the hundreds of entrepreneurs operating almost 300 outlets.