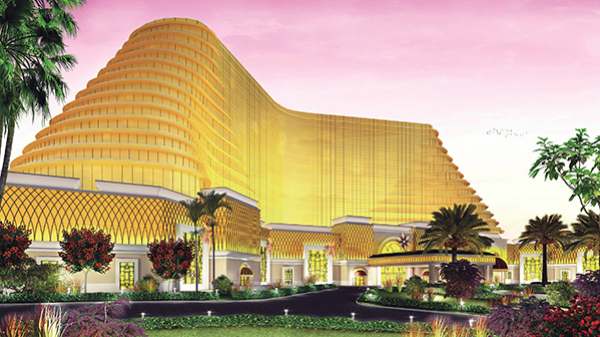 Tiger Resort Leisure and Entertainment Inc says it is planning to build a port on Manila Bay to accommodate large cruise liners that could boost the luxury tourism market in the Philippines.

The company, which is the developer and operator of Okada Manila, said it has been in talks with cruise liners to consider Manila as a destination, according to a company official quoted by The Manila Times.

“Cruise liners are very interested in the Philippines… When we did a courtesy call, we were already being called by the cruise liners,” said Lorenz Manalang, Tiger Resorts executive director for public relations.

“They wanted (to come to) the Philippines. But the cruise liners can’t enter here because we don’t have the proper facilities,” he added.

Manalang said the group is currently designing a port that could accommodate “small to 50-footer yachts” and several cruise ships.

He says the port would be part of the Phase 2 development of Okada Manila.

“…the chairman is already buying two to three seaplanes now, all because he believes in the future of Philippine tourism,” Manalang said.

Phase 1 of Okada Manila will have its soft opening in December this year.