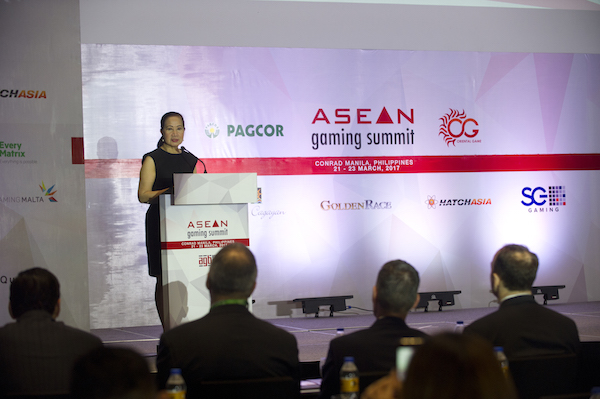 Philippine Amusement and Gaming Corp Chair Andrea Domingo is predicting strong gross gambling revenue growth for the market again in 2017 and says the regulator is not in a hurry to divest its own casinos, because since January this year they have been generating a profit.

The Finance Department, under the administration of incoming President Rodrigo Duterte told Pagcor to privatize its casinos last year to raise funds for the national budget. The news was greeted positively by the industry amidst long-standing concerns about the potential conflicts of interest in having a market regulator, which also operates casinos.

Pagcor has a total of 46 properties spread across the country, which were seen as potential entry points to the Philippines for international investors.

However, now the casinos are generating income, Domingo said the subject may be up for discussion.

“We are not opposing it. If it is going to happen it will happen but I’m not holding my breath,” Domingo said at a press conference during the ASEAN Gaming Summit organized by Asia Gaming Brief.  “What I am saying is it’s a business opportunity and we’re going to seize it and I think it’s the right decision. We are now earning more money from our own casinos than we did before.”

The Philippines was one of the strongest gaming markets in Asia last year and Domingo said that momentum had continued into 2017. Pagcor said its own casinos had generated gross gambling revenue of P9.71 billion ($193.5 million) in the past two months, with March looking to be even better.

For the whole market, including the private operators, Pagcor is forecasting a jump to about P155 to P160 billion pesos for 2017, compared with the P149 billion generated last year.

The growth has been driven by new openings and tourism growth, helped by increasing arrivals from China on the back of warming ties between the two countries. Okada Manila is scheduled to open its resort later this month, which will be the largest IR in Entertainment City to date.

However, Domingo said that Pagcor has agreed to a five-year hiatus before considering any further licenses for Entertainment City following discussion with existing operators.

“We wish to protect their investment,” she said. The decision followed an application for a potential fifth license from a U.S. operator, that she declined to name.

However, regional licenses are an option. A permit has been awarded for a $500 million resort in the Lapu Lapu Complex in Mactan, while another application from a group of Hong Kong investors is being considered in Mandaue.

“I think one per big city, or province is enough though,” she said, adding that a license will not be granted without the approval of the local authority.

Domingo was speaking on Day One of the inaugural ASEAN Gaming Summit at which she gave the keynote address. Day one was focused on land-based challenges and opportunities in the region, as well as the growing competition from emerging markets. Day two will look at the convergence of land-based and online, before Day three moves on to online gaming and lottery.