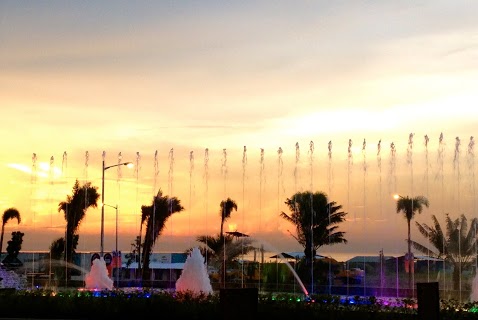 Bloomberry Resorts would see its debt levels rise and a reduction in return on invested capital in the short term if it buys the land on which its Solaire Resort & Casino is based, though longer term it may improve valuations, according to Morgan Stanley.

Market regulator, the Philippine Amusement & Gaming Corp., earlier this week said it planned to auction off the land, setting a minimum bid of P37 billion ( $740 million). Offers are due by Nov. 27.

If Bloomberry decides to buy at the minimum price, the company’s net debt will rise by P37 billion from P8.3 billion at the end of the Q3. The purchase would cut return on invested capital to 15 percent from an estimated 24 percent this year and may also eat into the expected dividend level for next year, the firm said in a research note.

If half of the purchase is funded through debt, its interest expenses will rise by P900 million cutting net income and free cash flow to equity.

However, on the flip side, if the company continues to lease, the annual payments may end up increasing by as much as 9 times, reducing 2018 EBITDA estimates by 13 percent.

Morgan Stanley also notes that given rising land values in the Philippines, owning the land may actually improve the company’s market valuation. Land in the country has risen by 6 to 7 times in the past five years from P28,000 per sqm to P200,000. It also points out that Boyd Gaming in the U.S., which owns the land on which its casinos are based, trades at a higher valuation than Penn National Gaming, which spun off its real estate assets.

Casinos in Macau and Singapore do not own the land on which their IRs are based, while Melco Resorts also leases land in Manila. Resorts World Manila and Okada Manila own the land.