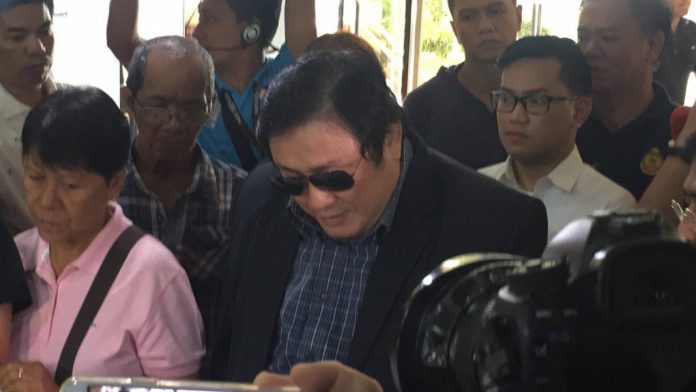 The former chief superintendent is under investigation for allegedly offering a bribe to Justice Secretary Vitaliano Aguirre and two BI officials.

“For me there’s no bribery. I did not offer anything,” Sombero said. “I have never been involved in any wrongdoing.”

His denial goes head-to-head with the Justice Secretary testimony at a Senate hearing, which accuses Sombero of offering him P100 million to serve as a “protector” of Lam and his assets.

Sombero however denied being Lam’s middleman, saying he does not even know Lam personally.

“If anybody can prove that I am a middleman or I know Jack Lam, I don’t need a hearing anymore, I will go straight to prison, to Muntinlupa right away” Sombero told reporters.