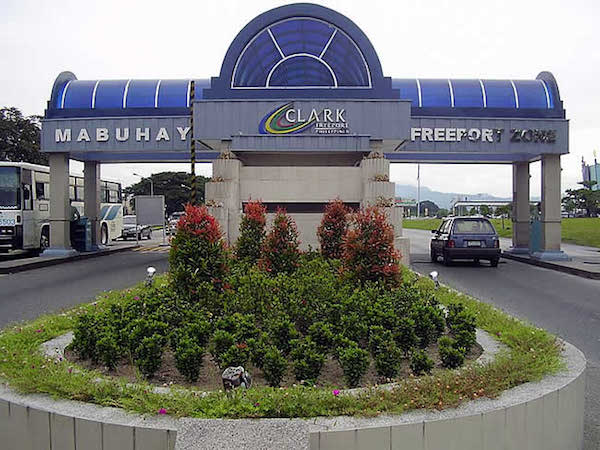 inaugural G2E Asia @ the Philippines wrapped up on Wednesday, with suppliers at the show expressing optimism about future growth in the country, in particular regionally and the potential for product experimentation.

The two-day conference and exhibition was smaller in size than its sister shows in Las Vegas and Macau, but made up for it with a busy show floor and plenty of time for networking.

Overall, delegates and exhibitors gave positive feedback. The general opinion was that while there weren’t thousands of attendees, the important ones were present.

We had a chance to sit down with several key suppliers – asking their thoughts on what they expect to see in the Philippines market going forward and their focus in the year ahead.

Michael Cheers, sales director at IGT, said the company has been working on finding the right products for the Filipino mass slot market.

“One interesting observation is that players have been gravitating towards ‘achievable jackpots’ as opposed to jackpots in the hundreds of millions,” said Cheers. “There’s no doubt that a hundred million jackpots are attractive, but some players see them as intangible, or unachievable.”

One of the main successes this year has been IGT’s “Test Banks” program. A system that allows both IGT and the operator to test new game concepts and innovations – at no cost to the operator.

“We partner with three or four properties across the Philippines and work with them on the installation of machines. Every three months, we convert the games regardless of performance,” said Cheers.

The concept allows casinos to take a chance on machines they wouldn’t normally select – but it also creates an environment where players realize that every few months there’s something new in this area, he explained.

Most importantly, it also allows the company to gather invaluable data on player preferences.

“This could be a new style of maths or a new feature that would propel games forward in this market.”

It’s a concept that has been particularly successful in the Philippines, said Cheers.

“[The operators] have certainly got their head around the concept. It’s a benefit for them to have the ability to try new games without having to purchase them. Other markets are a bit more difficult because of the timing of getting new products in, and approvals.”

“You’re going to see a lot more hosts with electronic handheld devices – which will provide data on players in real-time.”

The strengthening mass market means that casinos will need to become more focused on servicing their mass and premium mass players – whereas the focus has historically been on VIP players, he said.

The company said it has seen positive results on the distribution of its Bally Casino Management System in the Philippines.

“Having a system that does it all, including jackpots and bonuses is becoming more important,” said Jolly, adding that the future battleground will be in service differentiation.

Looking to the next 3-5 years, Jolly said he expects growth in the market as more projects come online in Manila, Cebu and Clark. “You’re going to see stronger performance in both venues and machine performance,” he added.

Lloyd Robson, sales director of Aristocrat, said he was optimistic about the growth of linked progressives in the Philippines.

“The Philippines is a link-oriented market. For many operators it’s very much about repeat visitation, that’s what drives revenues,” said Robson.

“The players are coming in 3-4 times a week and they want to see their jackpot increasing.”

At the show, the company has featured four major products, including its Mars X cabinet, and three linked progressive products.

Taking a step back, Robson said he’s seeing huge potential with regional operations in the Philippines, including developments in Clark and Cebu.

“The regional casinos will make a huge mark on the local gaming industry, and it’s going to be interesting to see how the tourist and locals market grows, whether there’s going to be cross pollination across regions – and how this will be shaped by the political environment.”

Michael Hu, president of Asia Pacific for Interblock, said he was delighted to see the first edition of G2E Philippines hosted at the Marriott Ballroom, which is part of Resorts World Manila complex.

“Resorts World Manila is like a showroom for us,” said Hu, “We have our stadium machines and the rest of our games – totaling around 150 machines.” However, Hu noted that their largest installation in the Philippines is actually in PAGCOR casinos.

Looking to the future, Hu said he expects the continued surge of ETGs in the Philippines market, which has already surpassed that of Macau.

“ETGs in the Philippines started only five years ago, but we’ve seen rapid growth in that time,” said Hu.

“In Macau, the majority of players are Mainland Chinese, where gambling and the promotion of gambling is illegal. Chinese players won’t see new games until they physically arrive in Macau, and so the adoption of non-traditional games [such as ETGs] is slow,” he explained.

“On the other hand, in the Philippines, we have players coming from all over the world… they’re able to adopt new technology very quickly in comparison.”

On the hardware front, Hsu said he expects screens used for slot machines and ETGs to become bigger – driven by supply from hardware manufacturers.

However, the players want a balance of comfort with visual attractiveness that larger screens can offer.

“In the US, the players tend to want flashier screens – but for a market like Macau, with more traditional players, comfort for long play sessions is key,” said Liu, referring to the fatigue that can be caused by overbearing displays.

That being said, bigger screens will allow gaming manufacturers to be more creative with their displays – so expect this to happen, he added.

Looking at future customer preferences, Hsu said the future is in skill-based games.

“Players are wanting more transparency, and interactivity in their games… they want to be in control,” explained Liu.

Jumbo expects to see an increase in standalone ETGs in the future.

Moving over to the online gaming and betting front, Michael Maerz, managing director Asia for Betradar, said he expects esports betting to see a massive boost in the year ahead.

Two of the largest booths at G2E Asia @ The Philippines were esports platform providers – touting their solutions for the esports betting industry – their presentations throughout the two days were mostly in Chinese.

The deal will allow Sportradar to have exclusive access to sports-data from League of Legend’s major global tournaments, a coup for the industry.

Looking ahead, Maerz said he also expects virtual Sports products to continue to become more sophisticated. The company is launching a virtual baseball in-play product in March next year, as well as a virtual cricket product to release after IPL in 2020.

Finally, Maerz noted that Sportradar’s Managed Trading Services (MTS) product has made great inroads into Asia – which Maerz contributes to the evolving demands of online betting operators, and some stability that has been observed in certain online gaming jurisdictions.

When asked about the changing preferences of punters in Asia, Maerz noted an increase in interest in rapid markets or high-frequency betting – betting on the next free-throw, yellow card, etc.

“Players don’t want to sit for ninety minutes to wait for the result of their bet, they want instant gratification,” he explained.

David Hsu, regional director of Betconstruct, said the company has been focused on promoting its live casino and its fully customizable sportsbook solution at the show.

“These days, having a customized solution is key,” said Hsu.

The firm offers a fully managed sports betting platform embracing betting preferences of players from all over the world and providing all necessary tools to target any audience.

As for gaming, Betconstruct’s Live Casino, which has games and halls with an Asian focus like Bet-on Teen Patti, Baccarat and more, allows for online streaming directly from a venue, to deliver a complete omnichannel experience.

Besides customization, Hsu said that branding will be key in 2020.

“In the past, it was all about big brands and products. These days, we’re seeing business owners wanting to build their own gaming brands.”

However, many businesses simply don’t have the expertise or manpower to build their own sportsbooks, or casino, he added. “This is where we fit in.”