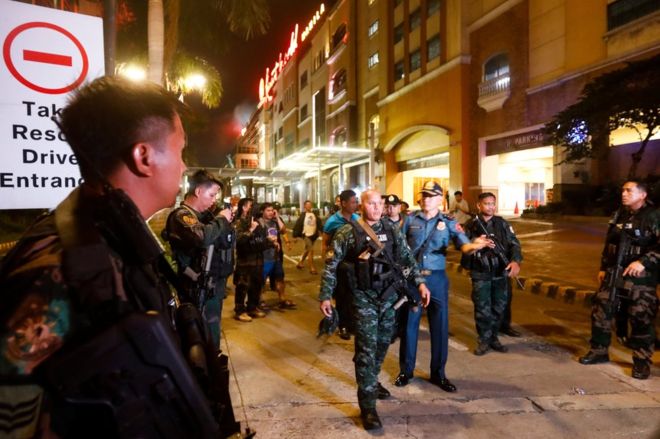 The Philippine Amusement and Gaming Corporation (Pagcor) says it will be investigating possible security lapses at Resorts World Manila that may have led to the casino attack that left 38 dead last Friday, Philstar reports.

The gaming regulator said it will be reviewing whether there was leniency, negligence or laxity in security on the part of Resorts World Manila management.

If found guilty, Resorts World may be reprimanded, or may have its license suspended or cancelled, says Domingo.

Domingo however clarified that cancelling the license is not the priority option, and that the sanction will depend on the gravity of the violations that RWM had committed, if any.

“I am requiring Resorts World to submit to us all footages to be part of our investigation,” said the chairperson.

Pagcor chairperson Andrea Domingo said the agency will also look into whether RWM had failed to manage the fire that killed 37 people by smoke inhalation as a result of the attack.

The inquiry from Pagcor is one of six seperate investigations being conducted by parties including the Philippine National Police southern district, PNP civil security office in charge of security agencies, Bureau of Fire Protection (BFP), Philippine Amusement and Gaming Corp. (Pagcor), Department of Justice-National Bureau of Investigation and the Pasay City government.

On Tuesday, Justice Secretary Vitaliano Aguirre II revealed that the 37 victims of the attack suffocated to death just a few meters from the exit that would have led them out of the burning casino complex.

“The places where the 37 died — the comfort room and high rollers’ room — if they went straight ahead, just about a meter from there, if they opened the door, they would have found the exit,” said Aguirre to Radio DZMM.

The secretary said that the lack of directional signs may have made it difficult for the panicked victims to find the exit.

One of the unanswered questions surrounding the attack was how the gunman, identified as 43-year-old Jessie Carlos, was able to gain entry into the casino after he was previously banned from entering casinos.

No effect on GGR

The casino attack however will not have a significant impact on gross gaming revenues in the country, said Domingo on the sidelines of a press conference on Monday.

“But that (Iligan City casino) has  a miniscule contribution to our gross revenues. As of now, I don’t see any effect on the gaming industry, from the Mindanao situation as well as that of Resorts World.”

While the attack may have an impact on the casino revenues of Resorts World Manila, Domingo says she expects players to go to other integrated resorts in the area, thereby increasing the revenue of the other operators.