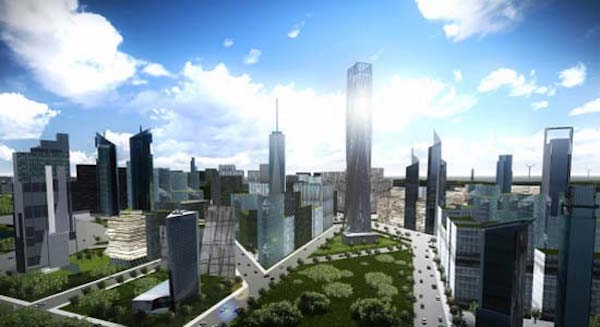 The Philippine government has an ambitious plan to create a new green city in Clark, home to a former U.S. air force base, which it hopes will become Asia’s premier business hub.

The area is already home to five operating casinos and more are planned along with developments in infrastructure, state-of-the-art MICE and office developments and world-class sports facilities. However, analysts are unconvinced it will rival Entertainment City as a gaming hub.

“Clark is identified by the national government as the vision of a modern Philippines,” said Jing Arambulo, a senior manager in the Philippine Amusement and Gaming Corp’s communications department.  “The transformation of Clark Freeport Zone has attracted top investors, which include the entities that have been granted provisional gaming licenses by PAGCOR. It is foreseen as the next premier economic hub in the Asia Pacific region, with facilities for training, conferences, tourism and leisure,” she added.

About 15 minutes from the New Clark City project will be the Clark Global City, a $5 billion development planned by Udenna Corp. The company this week unveiled its plans for the zone, which will also include a casino and entertainment complex to be operated by one of its units.

While Filinvest Development Corp. (FDC) recently signed a deal with the PAGCOR to develop a $200-million integrated gaming resort at Mimosa, its leisure oriented development in Clark City.

“Filinvest Mimosa’s enviable location close to Clark International Airport makes it accessible to both domestic and international tourists. Now that we have secured the permit for the development of the casino, we foresee further upsurge in tourist arrivals upon completion of the various components,” Josephine Gotianun-Yap, president of Filinvest Development Corporation said in a press statement.

An expansion of Clark Airport is being rolled out and is scheduled to be complete by the first half of 2020. The developers project the airport will rival regional heavy weights such as Changi airport in Singapore, with a capacity to handle 12 million passengers a year and double the number of domestic flights to about 240 weekly.

On top of that, at least P12 billion of roads and bridges will be built in the next two years connecting the area to Manila and other regional hubs.

According to Filinvest, the addition of the casino will bring its Mimosa + Leisure City development closer to its commitment to develop the area into a new tourist and gaming destination.

But while the developer has high hopes of attracting an international audience, analysts believe that its location, just outside of Manila, means that the casino can mostly expect to rely on the local market.

“Clark may be a good location for smaller, regional casino hotels however it will be difficult for Clark to compete on the scale of Entertainment City which attracts higher spending locals and foreign tourists. Infrastructure plans to ease traffic from Manila to Clark may help to funnel local gamblers to Clark but it will be tough to attract foreign tourists given the lack of attractions in Clark,” said Margaret Huang, an analyst at Bloomberg.

The area currently houses two PAGCOR casinos, together with the Widus Hotel and Casino, the Midori Casino and the Royce Casino. In 2017, the Clark casinos generated P7 billion in revenue, compared with P109.4 billion for Entertainment City, according to PAGCOR figures. In 2016, Clark casinos generated P13.4 billion, prior to the shut down of two properties by the regulator.

Combined, the three private casinos operated 145 tables and 763 slots as of end-2017. Widus, which is owned by a Korean businessman, attracts a clientele of Korean expats in the area.

Still, Filinvest is convinced the enhanced facilities in the new resorts will bring in the crowds.

“There are a lot of plans for Clark including government infrastructure projects from railways to airports so the connectivity will greatly help our development. Clark is easily becoming an accessible hub for potential gamers,” Alex Coloquio, Mimosa Cityscape’s AVP for Business Development said.

Before its rebranding, the estate was known as a recreation destination for locals and tourists and once contained the residential grounds of high-ranking United States Air Force officials when Clark Air Base operated as a military facility.

Similar to FDC’s other large-scale developments such as Filinvest City in Manila’s Alabang, and City Di Mare in Cebu, Filinvest Mimosa+ is designed to become an “integrated, balanced and eco-centric community” comprised of four major components: leisure, business, residential and nature.

The retail part, scheduled to open in the first quarter of 2019, will offer both indoor and al-fresco shopping and dining options. There will also be a 4-hectare events space capable of fitting up to 10,000 people.

Right next door, the government and private companies are investing more than P50 billion or USD$1 billion to build a new administrative center. Within five years, the area, now known as ‘New Clark City’ is expected to have at least eight mid-rise government towers, 8,000 housing units and a train connecting it to Manila about 100 kilometers away.

The first phase of the 200-hectare administrative center also involves the development of backup offices for government agencies to ensure continuity in case of disaster.

An aquatics and athletics center is also being built and aims to be ready in time for the 30th SEA Games in late 2019.