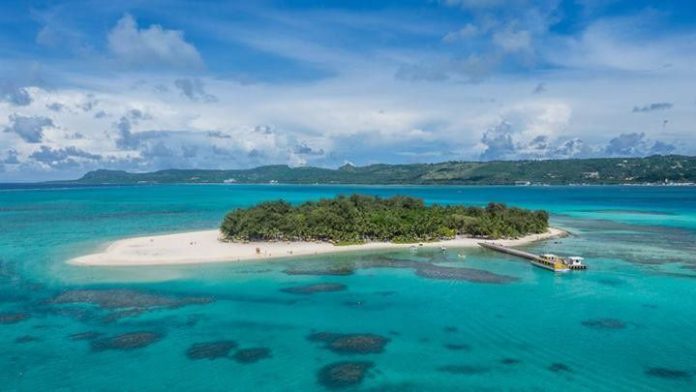 So far, Saipan’s experience with gaming has been like a rollercoaster ride: a near-vertical climb, followed by a precipitous drop. Now the remote island group may double down on gaming—this time online—as a much-needed revenue source.

In 2015 the CNMI’s only gaming hall, operated by Hong Kong-listed Imperial Pacific International, opened as a temporary property in a local shopping mall. By 2016, the casino called Best Sunshine Live reported rolling chip revenues of more than $32 billion, rivaling even the Venetian Macau for VIP turnover. Then the house of cards tumbled.

In April 2017, IPI faced charges that it had imported illegal Chinese workers to build its $3.1 billion beachfront resort (originally scheduled for completion in 2017, it is still unfinished). In 2018, reports emerged that the company was carrying billions of dollars in uncollected debt. Negative headlines kept mounting up: about missed payroll, unpaid contractors, fleeing executives, and a 70 percent drop in contributions to the local government.

Presumably, iGaming could be run by IPI, which holds a 25-year gaming monopoly on Saipan, but in an email to Asia Gaming Brief, Commission Executive Director Edward Guerrero wrote, “Depending on the final language of the bill, it would be feasible to open up this market to multiple operators.”

But will anyone bite? According to Ben Lee, managing partner of Macau-based consultancy iGamix, iGaming is unlikely to succeed due to an unreliable connection.

As part of the Commonwealth of the Northern Mariana Islands, a U.S.-governed territory in the remote western Pacific, Saipan once was linked to the wider world by an undersea cable route that transmitted 98 percent of electronic communications.

In 2015, that cable snapped during Typhoon Soudelor, “and the whole island was without internet, cable TV or any form of communication with the outside world,” Lee says. In August 2017, a second cable line became operational, creating a backup and a measure of “redundancy,” says Lee.

But as part of Typhoon Alley, the busiest spot for tropical cyclones in the world, the CNMI’s telecommunications infrastructure “remains vulnerable to interruptions,” says Andrew Klebanow, partner with Global Market Advisors.

Last October, for example, Typhoon Yutu hit, packing 180-mph winds. The equivalent of a Category 5 storm, Yutu was the strongest storm of the year and one of the most destructive in the U.S. in a century. It killed two people on the island, destroyed 3,000 homes, flattened hundreds of power lines and left devastation in its wake. And again, it left Saipan without power.

Paradoxically, online gaming is of interest to the Saipan government because of the destruction from so-called “super-typhoons” which could easily shut it down, wrote Guerrero. “The government is desperate to implement any new revenue-generating business activities, including internet gaming.”

Clearly Saipan could use an infusion of industry, but online gaming is not a viable solution, says Klebanow. “Unfortunately, the CNMI will not become the next Gibraltar or be able to mimic Philippine Offshore Gaming Operators,” he says. “If online gaming is implemented and is limited to just the local residential population, then there won’t be a lot of tax revenue generated.”

Which brings us to the customer base. Guerrero noted that Saipan’s close proximity to Asia would allow the industry “to tap into that mass market … within the confines of following U.S. local and federal laws and regulations. This could give players more comfort and greater piece of mind when depositing money to play, instead of new and emerging markets in Southeast Asia.

That leaves the final question: the federal Wire Act, which specifically prohibits online gaming. In January, the U.S. Department of Justice released an updated opinion that reaffirmed its ban on all online wagering, not just sports betting. Though that decision is subject to challenge, “The laws in the United States are far more restrictive and do not permit online wagering across state lines and into or out of other sovereign nations,” says Klebanow. “I suspect that commonwealths of the U.S. must adhere to the same laws and regulations as do states.

“Suffice it to say, regulators and legislators may want to conduct more research before embarking on the development of an online casino industry that targets gamblers from outside the CNMI.”

Lee agrees. “This is an idea that never was thought out properly or researched properly. The technical aspects aside, I think it’s a non-starter.”