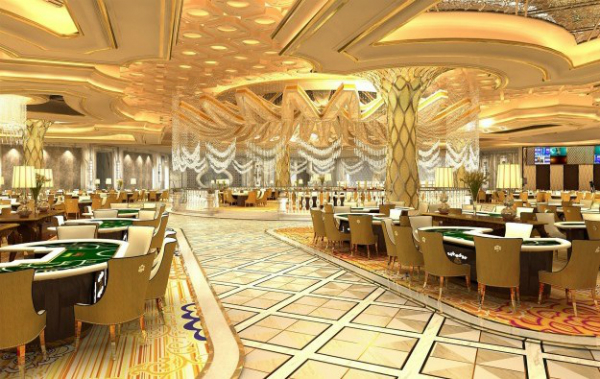 The pricing of the notes, including the aggregate principal amount, the offer price and the interest rate have yet to be determined, said the company in a filing to the Hong Kong Stock Exchange.

The terms and conditions of the notes are still being determined, however the company has said the notes will be secured by the issuer’s casino assets and resort under construction, and guaranteed by the parent and the owner of the lease of the land.

The notes are expected to be rated B1/BB- (Moody’s/Fitch) and will be issued through its subsidiary, Imperial Pacific International (CNMI) LLC (Saipan).

According to a report from Reuters, the company still needs around $380 million to finish the project and is seeking raise around $300 million from the bond issue.

“If Imperial Pacific raises other funding, this will also be added to this disbursement account, which will maintain a minimum balance of $480 million before any funds can be used for other purposes, providing a buffer of $100 million against cost overruns. All accounts are pledged to the benefit of prospective investors,” said Reuters.

According to the ratings agency, the rating reflects the operator’s short operating history in Saipan, driven mostly by the volatile high-rolling VIP segment. The ratings are also “supported by a low tax regime, attractive location, the use of junkets/guarantors in its VIP gaming business and addition of tourist amenities in Saipan by IPI and other parties,” said the firm.

On the other hand, the rating is constrained by the “high mobility” of VIP players, who already have a number of options of established casinos to choose from.

“There is no certainty that the eventual performance of IPI’s new casino in Saipan will match the performance of its temporary casino on the island and that of casinos in other Asian locations on a sustained basis,” said Fitch.