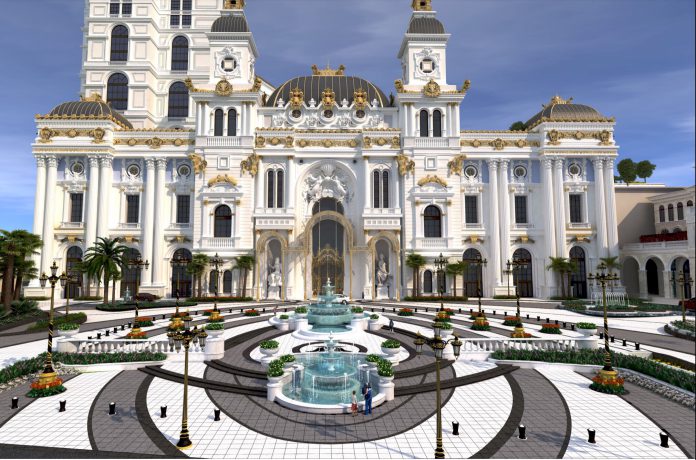 The fundamental problems now sinking IPI were not only predictable—they were predicted, according to industry insiders.

A few months after the US$7.1 billion investment figure was announced, analysts began to query how much sense a property of that size would have on the island, due to the small local population, distance from China and weather instability.

It wasn’t just foreign analysts either: Alexander Sablan, head of the Saipan Chamber of Commerce, announced in June 2015 that his organization had officially asked the government to ensure that the IPI investment wasn’t too large for the local economy to support. He was worried that the project would fail, especially without supplementary facilities like a meeting and convention center available on the island.
Nevertheless, the soft opening of the temporary casino occurred on July 26, 2015.

Then, something amazing began to occur: IPI’s management claimed—in Hong Kong—that visitors were packing into the temporary casino at an average of about 5,700-5,800 per day. In its first full month of operations, IPI said that they had brought in US$1.63 billion in revenues, based upon its 12 VIP gaming tables and 34 mass tables. It claimed US$6.1 billion in VIP table game rolling chip turnover for the first quarter of 2016. All of these VIPs must have come in direct since no junket operators had yet been authorized by the local government.

IPI continued to pile up incredible revenue results at its temporary casino throughout 2016, and many experienced gaming analysts began to whisper that the results were not simply impressive—they were impossible.
A Bloomberg article in November 2016 revealed that these suspicions were not limited to gaming industry analysts, that the US Treasury’s Financial Crimes Enforcement Network (FinCEN) had begun to investigate IPI’s “suspicious financial flows.”

Throughout the controversy, Commonwealth Casino Commission Executive Director Edward Deleon Guerrero vocally defended IPI and its financial reporting: “I can tell you the numbers are real. We are watching, documenting, and tracking it… It is an irrelevant issue if FinCEN is doing an investigation.”

Local lawmakers soon began to question the regulatory structure itself, particularly the lack of a gaming tax. Representative Edwin K. Propst noted, “US$15 a year is peanuts for what they are raking in when compared to what we would be receiving if we actually had a gross gaming revenue tax implemented from the beginning. We have the only casino industry in the world that charges zero on gross gaming revenue taxes.”
Indeed, whether the real issue was money laundering or an effort to pump up company share values or massive accounting errors, the lack of a gaming tax presented a perverse incentive for IPI.

“ When you have no gaming revenue tax, it doesn’t matter what you roll.”

Ben Lee, managing partner of IGamiX Management & Consulting, observed, “When you have no gaming revenue tax, it doesn’t matter what you roll.”
The IPI headlines in recent weeks sound eerily like those of Tinian Dynasty from just a few short years ago: cash flow problems, unpaid workers, regulators closing in, the impending collapse of a major employer, and the possibility of yet another ghost town facility on the pristine beaches of CNMI.

“What you have now is basically death in slow motion,” predicts Lee.
But there is a common denominator at the base of all of the headlines—for Tinian Dynasty, for IPI, and even for the electronic gaming machine clubs and the ubiquitous neighborhood poker machines—which is the reality that CNMI’s gaming industry has been repeatedly undermined by poor regulation.

For example, IPI has been given the power to self-audit. CNMI regulators did not provide themselves with the power to trace the money flows in Hong Kong, which is where almost all of the significant financial transactions take place. As the VIPs rack up their debts in CNMI, whatever collections are made happen in Hong Kong, away from the eyes of the Commonwealth Casino Commission, which apparently must accept IPI reports at face value.

Also, CNMI lawmakers frequently complain to the local media that they really have no idea about the state of IPI finances, not even about which payments have or haven’t been made to their own government and related institutions.

Some observers say that this lax approach to regulation is also characteristic of the CNMI’s approach to smaller gaming industries such as the several electronic gaming machine clubs and the ubiquitous neighborhood poker machines. Enforcement of regulations tends to be weak, and initial regulatory standards have a way of becoming watered down over time.
These examples suggest that until the CNMI improves its own governance, many of the same problems in its gaming industry will likely continue to reappear.

Imperial Pacific International has appointed Senior Vice President Donald Browne as its CEO following pressure from regulators. Browne had been senior VIP since 2015. According to an internal message from IPI management to its employees, Browne is a well-regarded leader of IPI with decades of gaming experience. “In his previous role as senior vice president, he proves that his experience and drive will take IPI to the next level of growth and development under a reorganized structure,” added the company. Last month, the embattled casino operator was ordered by the Commonwealth Casino Commission to appoint a CEO, as well as to maintain three months working capital, and to settle all payable accounts. Mark Brown was the last CEO of IPI, who resigned from the position last December.

The Bridge Investment Group has announced that the new Tinian Diamond Hotel is now open. The hotel is expected to be complemented by Tinian Diamond Casino, which is still targeting a December 2020 opening in spite of some recent regulatory controversies. Connectivity to the island has improved with the introduction of The Sand Diamond passenger and car ferry, which is capable of carrying 290 passengers and 30 vehicles between Tinian and Saipan on a daily basis. Lack of access was seen as a key factor limiting tourism on the smaller islands in the Commonwealth of Northern Mariana Islands. Meanwhile, the Rota Municipal Council is examining the current status of its casino commission with the retirement of two of its five members.There are said to be a number of pending proposals before the Rota Casino Commission, although it is not clear if any new project is imminent. The Rota Treasure Island casino hotel closed in 2012.