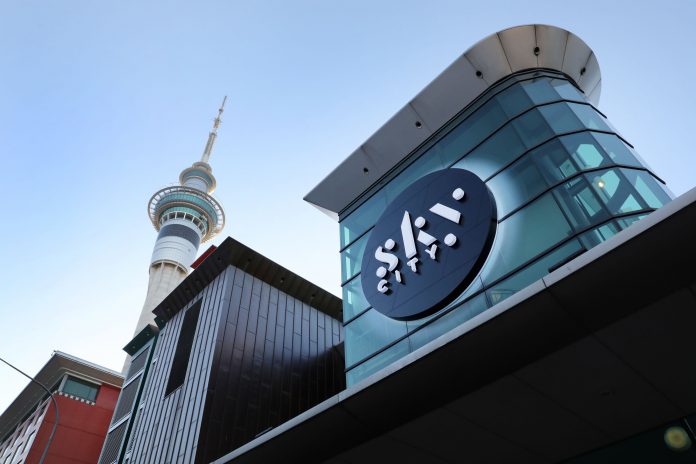 SkyCity Entertainment, New Zealand’s largest operator, recounts its experience as one of the first properties to open in the Asia Pacific region, saying the industry needs to make sure it’s sharing ideas and learning to ensure the doors stay open.

In an interview with Asia Gaming Brief, Matthew Ballesty, executive general manager for gaming, outlined the experience, walked us through the measures the company has taken and described the customer response.
SkyCity is New Zealand’s only listed gaming company, with properties in Auckland, Queenstown, Hamilton and Adelaide in Australia. It’s been a tough year for the operator, which suffered a devastating fire at a flagship project in October. The blaze at the under construction international convention centre in Auckland shut down the central business district in the country’s largest city for three days.

“We’re in the enviable position of being one of the first and it’s nice to see New Zealand lead in that regard,” Ballesty said. Ballesty said the company has taken a highly measured approach to put the right processes in place to ensure safety and minimize the risk of being closed down again.

Clients were counted in and out of each zone on a regular basis, with surveillance also backing up the count. Staff were provided with yellow security jackets to give them an impression of extra authority to back up the rules and regulations on signage and to ensure social distancing.
SkyCity took the step to only open to club members to facilitate contact tracing should there be any need.

The company reported that revenue from electronic gaming machines in Auckland and Hamilton in the 18 days to May 31st had reached 80 percent of the average daily revenue in the eight months to Feb. 29, 2020. Table revenues in Auckland are at about 50 percent of normal daily revenue, while both properties are cash flow positive and profitable.

However, one of his key takeaways was how the pandemic has brought together a highly competitive industry to move forward together to share ideas and innovations.
“This is about humility and doing the right thing so we keep our doors open. We need to make sure we are sharing and learning from each other.”

SkyCity Entertainment was given a formal warning by the Department of Internal Affairs for breaching the Gambling Act after it emailed loyalty customers in March, saying that its online casino was still open for business despite the Covid-19 lockdown. The operator has a Malta-based online unit that offers services to New Zealanders. Although it’s not against the law for locals to gamble on these sites, it is against the law to advertise them. Local media reports cited department spokesperson Chris Thornborough as saying SkyCity did not intentionally set out to breach the Act. “So a formal warning is appropriate and proportionate,” he said, speaking to RNZ.

New Zealand has launched a mobile app aimed at curbing problem gambling in collaboration with the Deakin University in Australia. New Zealand’s National Institute for Health Innovation says the tool is an interactive mobile program, called Manaaki. “We think it will help people who are having difficulties with any type of gambling activity and with any goal, from quitting completely or just cutting back,” the institute said. Manaaki is a cognitive behavioral therapy app and is based on the Deakin University GAMBLINGLESS on-line tool. While Manaaki is evidence-based, the method of delivery—via an app—is new.