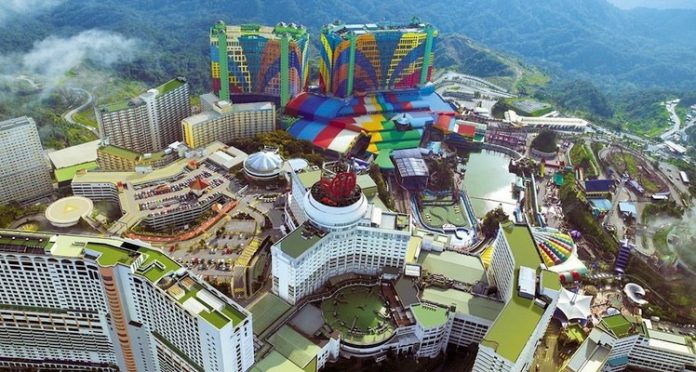 Genting Malaysia has been forced into cost cutting mode to offset the negative impact of recent tax rulings, though analysts still expect 2019 to be another tough year for the country’s only operator.

In addition to an unexpected tax hike in last year’s budget, the company also recently dropped an appeal against changes to a tax incentive scheme to develop its Genting Integrated Tourism Plan (GITP), which will lead to higher tax rates for the group.

Chairman Tan Sri Lim Kok Thay has taken the lead, saying he will take a 20 percent pay cut to mitigate the impact of the tax increases.

For Q1, the group reported a decline in net profit of 26 percent to RM253.1 million. The operator

said the decline was due to an overall lower volume of business in its gaming segment, largely due to lower incentives offered to customers.

Genting said EBITDA was supported by lower marketing expenses for the mid to premium player business, as well as lower payroll and related expenses due to a reduction in the number of employees. However, this was offset by higher casino duties.

The group’s earnings were also impacted by a provision for contract termination related costs of RM198.3 million in relation to the outdoor theme park at RWG.

Analysts had been patiently waiting for Genting’s Q1 results to determine the extent of the impact of the tax hike which came into effect in January. Analysts said that cost control will be key to wading through difficult times.

“In Malaysia, the Group will continue to review its capital expenditure requirements and rationalize its operating cost structure to mitigate the impact of the hike in casino duties and the increasingly challenging operating environment,” it said.

“Additionally, the Group will focus on leveraging the new assets to grow key business segments. To this end, the group will place emphasis on intensifying database marketing efforts to optimize yield management, as well as improving service delivery and operational efficiencies at RWG to enhance the overall guest experience.”

Still, the decision to withdraw its application for a judicial review against the Ministry of Finance’s (MOF) decision to amend a tax incentive in December 2017 is a further blow on top of the budget hikes.

In 2014, Malaysia’s Ministry of Finance gave its approval to Genting Malaysia’s application for tax incentives for the GITP redevelopment project, which allowed the group to claim income tax exemption equivalent to 100 percent of qualifying capital expenditure incurred for a period of 10 years.

However, the MoF amended the tax incentive scheme in December 2017, prolonging the utilization period of the tax allowances “significantly.”

Dropping the appeal will likely see Genting suffer from higher corporate tax rates in the near future and will probably result in Phase 2 of the GITP being put on hold indefinitely, analysts say.

The second phase involved the addition of about 2000 hotel rooms.

“I’m a bit perplexed they would consider not going ahead with the rooms, as they are the key to increased visitation,” said one analyst who did not wish to be named. “They have a lot on their plate,” he said.

The company has cut back on comping rooms for its loyalty members and has cut back on junket commission, which analysts say is likely to harm its VIP business given the increasing array of options now available around Asia.

It’s also in the process of re-theming an outdoor amusement park that it had planned to develop in conjunction with 20th Century Fox. The park is now the subject of legal claims in U.S. courts after its U.S. partners withdrew from the deal.

Macau operators give little away in public consultation