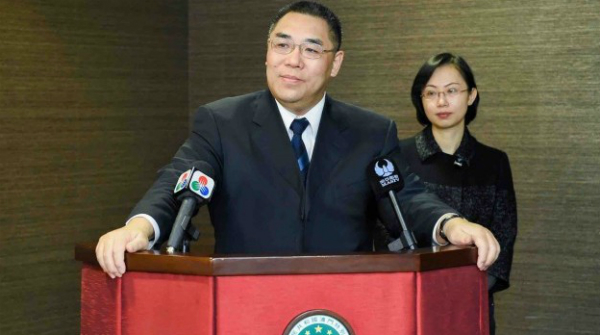 The Macau government is not currently seeking to increase visitors from mainland China nor expand the Individual Visit Scheme (IVS) policy, according to Macau’s chief executive Fernando Chui Sai On, quoted by local media.

Earlier this month, China’s State Council issued a statement on the subject of “deepening regional cooperation in the pan-Pearl Delta area”, saying it would “optimize and adjust the IVS (Individual Visit Scheme) policies for HK / Macau.”

The Individual Visit Scheme, which began in 2003, allowed visitors from mainland China to visit Hong Kong and Macau on an individual basis. Before the scheme was introduced, mainland chinese citizens were only allowed to visit the two regions on business visas or tour groups.

In regards to the talks over IVS policy, Chiu said the government would ensure that the quality of life for local residents would not be hugely influenced, as well as satisfying the demand from Chinese tourists, and added the government was “not actively requesting an increase in the number of visitors or to add more mainland cities [to the IVS policy],” noting the potential negative impact such an increase of visitors could have on the city.