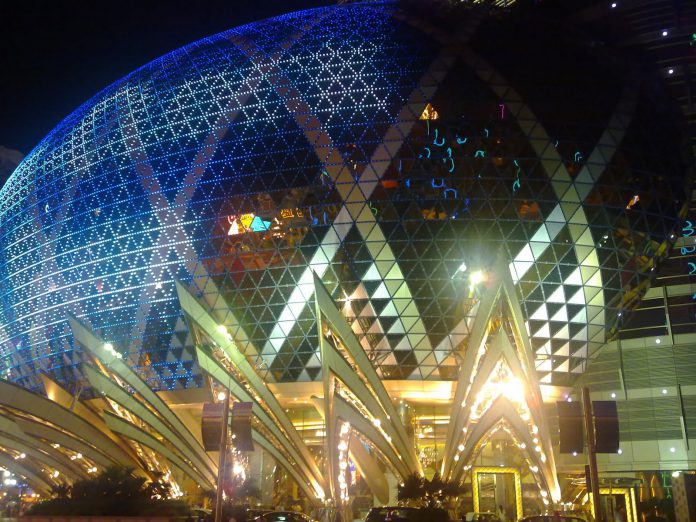 Croupiers at SJM Holdings Grand Lisboa complex may take industrial action to demand better pay and conditions from Saturday, local media reports, citing the trade union Forefront of Macau Gaming.The union expects about 1,000 croupiers to take part in the action, which will take the form of a refusal to open chip floats, effectively preventing play.Workers in the gambling hub have been stepping up their demands for higher wages and benefits from Macau’s six casino operators. Last weekend, they held a march through the streets to demand action. The organizers claimed about 7,000 workers took part, though the police put numbers at about 1,400.The demands are coming against a backdrop of rising living and housing costs, but also higher operating costs for the casino companies.The Macau Census and Statistics Department reported earlier this week that the average monthly wage of employees in Macau’s casinos was up 6.7 percent at the end of June compared with the same time a year earlier to MOP20,160 ($2,525), excluding bonuses. The average pay level for dealers in the industry was MOP17,530.Vacancies also fell pointing to an increasing squeeze on labor as companies ramp up hiring for new integrated resorts scheduled to come online from next year.The sector had 1,529 vacancies, down by 62 year-on-year, of which vacant posts for dealers fell significantly by 319.