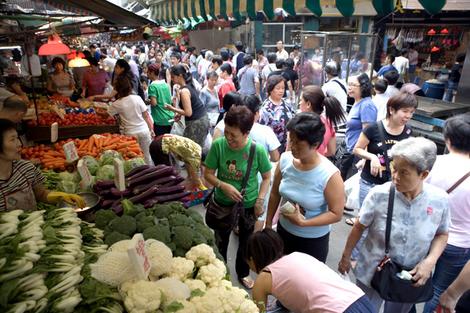 Spending by visitors to Macau was up 22 percent in the first quarter, with the biggest amount spent on shopping, according to figures from the Statistics and Census Service.

Information from the Statistics and Census Service (DSEC) indicated that total spending (excluding gaming expenses) of visitors was MOP16.42 billion in the first quarter of 2018, up by 22.0% year-on-year. Compared with the fourth quarter of 2017, total visitor spending dropped by 9.7 percent due to the decline in number of visitor arrivals and their per-capita spending. Total spending of overnight visitors was up nearly 20 percent at MOP12.68 billion and same-day visitors gained almost 31 percent to MOP3.74 billion.

Shopping took the biggest slice of the pie at 47.3 percent, followed by accommodation at 23.3 percent. Analysed by main purpose of visit, visitors coming to Macau for MICE events had higher per-capita spending of MOP2,908, followed by those coming for shopping at MOP2,596.

When it comes to visitor comments, satisfaction towards all aspects of services and facilities rose from Q4, with 86.7 percent giving a favorable opinion, up 0.8 percentage points from the prior quarter.

Satisfaction with public transport was at 69 percent, while only 56.5 percent of visitors thought there were adequate tourist attractions.