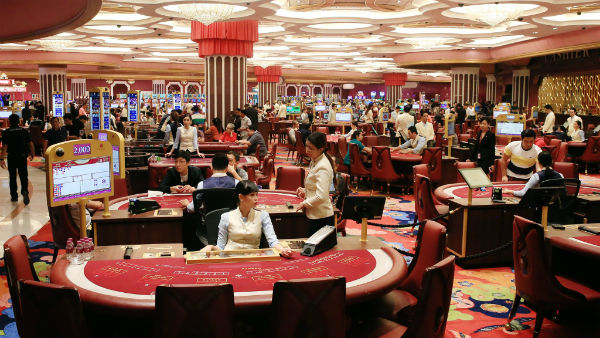 Macau’s overall gross gambling revenue is likely to rise about 3 percent to 4 percent in September after disruptions caused by Typhoon Mangkhut, though VIP revenue in the coming week may get a boost from new room openings, Bernstein Research says.

The firm estimates Macau’s GGR month-to-date was MOP16.6 billion, with an average daily rate of MOP725 million, which is 16 percent lower than August and 1 percent higher than September last year.

Bernstein notes that the VIP hold rate has been above normal so far this month. It estimates mass market GGR was likely down low double digits, while VIP volume was down in the high teens.

Typhoon Mangkhut caused the closure of Macau’s casinos for the first time since the concessions were awarded in 2002, although the storm caused little damage to the properties.

In the wake of the typhoon, the Macau Government Tourism Office also requested operators limit tour groups during the cleanup effort.

Mid-sized Macau junket David Group is opening a VIP club at Melco Resorts and Entertainment’s Morpheus. Beginning on September 27, 2018, David Group will have rooms on the second floor of Morpheus on a trial basis.  The David Group plans to open rooms at MGM Cotai this autumn as well, it notes.