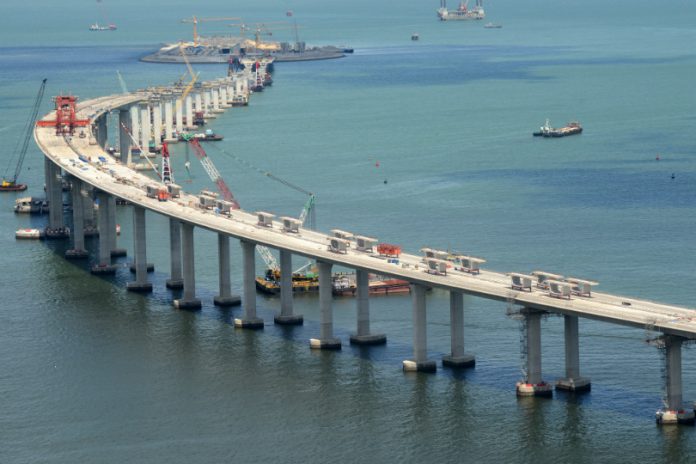 After years of delays and cost overruns, the Hong Kong-Zhuhai-Macau bridge held its official opening ceremony on Tuesday morning in Zhuhai.

Measuring 55 kilometers in length, the Chinese mega-project is expected to boost economic development and tourism in the Greater Bay area – connecting three major economic hubs within an hour drive of each other.

It’s also been touted as a potential game changer for Macau, providing the gaming hub with a fast, direct link to Hong Kong’s international airport.

Guangdong party chief Li Xi was also present at the ceremony, and in his speech, noted that the opening of the bridge was a “proud moment” after challenges brought on by Typhoons Hato and Mangkhut in 2017 and 2018.

Macau chief executive Fernando Chui during his speech said the opening of the HZMB was a “significant moment” of the Macau SAR Government, marking a “historical day of political and economic significance.”

The bridge, which began construction in 2009, is set to open to traffic on Wednesday, October 24.