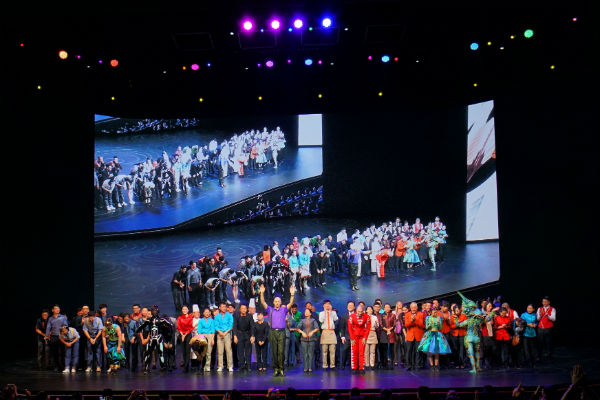 MGM Cotai has welcomed more than 5,000 team members in the run up to its opening on January 29.

The activities not only provided the team members with comprehensive property profiles to ensure readiness of the resort, but also inspired them to commit themselves to excellence, said the company in a press release.

In order to thrill its 5,000 team members with the resort’s entertainment highlights, four “Great Welcome” sessions especially took place at MGM Theater at MGM Cotai with the fashion show of team members’ new uniforms and the debut of one of three resident shows The Experience.

During the occasion, MGM’s team of senior executives sent their warm greetings to all the participating team members. Mr. Grant Bowie, chief executive officer & executive director of MGM China Holdings Limited, said, “MGM is the entertainment creative, and all of us are MGM’s entertainers. We are here to celebrate but also take another part of our journey to greatness. We build this integrated resort for the people of Macau, and I need the team to bring it to life with your talent, enthusiasm, determination. No matter what happens in the future of MGM Cotai, you will always be the originals. Let’s enjoy this important journey, and make great moments together.”

In order to prepare staff of different levels and departments well ahead of the start of operations at MGM Cotai, approximately 2,000 frontline team members were taken on the “Discover Greatness Tour” to front-of-house area to get an up-close look at Spectacle, MGM Theater, food & beverage outlets, meeting and events facilities, Spa, serving as a critical starting point for them.

To mark a meaningful beginning, a special project named “Greatness Garden” was introduced. A model of MGM Cotai was painstakingly hand-painted with motifs found in designs around the resort.