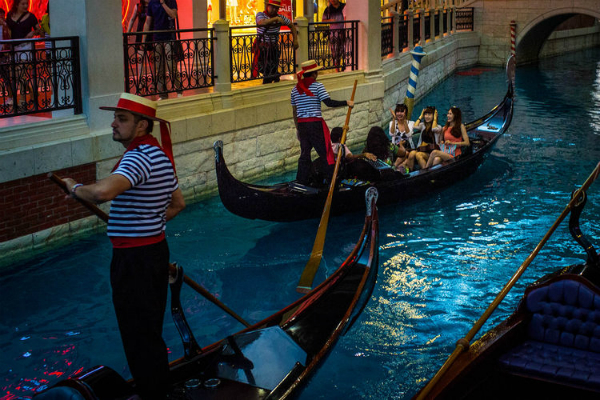 Visitor non-gaming spending amounted to MOP 11.5 billion ($US1.4 billion) in 16Q1, down 13.6 percent year-on-year, according to data from the Statistics and Census Service (DSEC).

Spending was weighted towards shopping, which accounted for 43.7 percent of overall spending, compared to 27.8 percent on accommodation and 29.4 percent on food.

Last week, analysts from Bloomberg said non-gaming revenue is on the uptrend from the current 7 percent of visitor spending. Revenue from the mass market will account for more than 50 percent of gaming revenue as 2016 progresses, said Catherine Lim and Margaret Huang at the G2E conference in Macau.

Mainland Chinese visitor spending per capita dropped 18.1 percent to MOP 1,762, and Singapore, Malaysia and Taiwan also saw drops in visitor spending. Visitors from Australia, Hong Kong and Japan saw an increase in per capita spending in the first quarter.

In related news, Macau room rates have shown a slight pick up in May, up 1.4 percent month on month. “We are starting to see a modest pick-up in July rates (+3 percent) said Wells Fargo analysts.