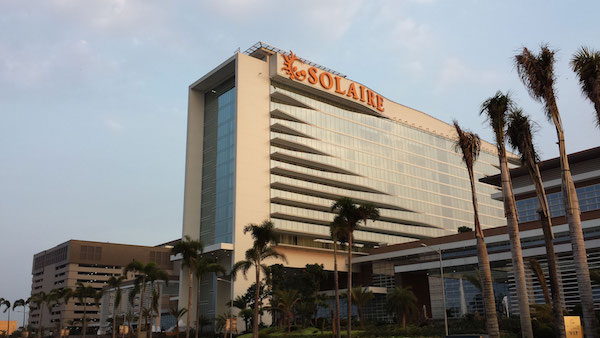 China’s VIPs are once again driving gross gambling revenue across the region, with the Philippines tipped as being one of the best-placed jurisdictions to take a slice of the high-roller pie.

In 2017, VIP revenue in Macau staged an unexpectedly strong come-back, gaining 26.7 percent  far outpacing the 10.4 percent growth in the mass market. However, since China’s crackdown on corruption VIPs are increasingly looking at alternative jurisdictions and have increasing choice across Asia.

“Most Chinese travelers decide on a destination depending on ease of access (visa rules) and currency (strength of yuan vs. other currencies). Of course for VIP gamblers, these factors may be less influential. Instead, the biggest draw would be a unique, high-end experience that would also offer retail, dining and of course amenities catered possibly for families,” said Margaret Huang, a research analyst at Bloomberg Intelligence, who spoke on a panel about VIP gaming trends at the ASEAN Gaming Summit.

“VIP is coming off a low base and growth in Philippines reflects its continued ramping up phase,” said Vicky Melbourne, head of industrials, property and consumer, South and Southeast Asia and who also participated on the panel. “Low penetration and supply additions will contribute to the double-digit growth. As will favourable policies, improving China-Philippines government relations, visa on arrival status and proxy betting (through Macau junkets).”

“However, Philippines VIP revenue is small compared to Macau and Singapore and this growth will be counterbalanced by strong competition in the region,” she said.

According to data from Morgan Stanley, VIP revenue in the Philippines totaled US$1 billion in 2017, which compares with Macau’s US$16 billion and Singapore’s US$2 billion. The firm forecasts VIP growth of 36 percent in 2018 from the existing casinos.

Analysts argue much of the recent growth has come from proxy betting, which is illegal in Macau.

“Risks of a slowdown in proxy betting could stem from China, given its campaign to control illegal capital outflows, and the strengthening of government relations,” she added.

According to Huang, gross gaming revenue from junket operators is also expected to rise with the introduction of more junket rooms at Okada Manila through 2018. Yet, it will hinge on the property’s ability to open up more hotel rooms to house these VIP gamblers.

Although Okada is still ramping up its facilities, one of the advantages of the Philippines is that its capacity is the largest in the ASEAN region, with over 2,000 gaming tables, 20,000 slot machines around 5,000 integrated resorts hotel rooms, and proxy betting, according to Morgan Stanley.

Although analysts are bullish on the Philippines’ VIP revenue prospects, they warn there will be increasing competition, with casinos in Malaysia, Macau, Saipan and Cambodia, all adding capacity and improving facilities.

Despite the growing competition, Macau is not expected to lose its crown as the hub of VIP gaming in Asia anytime soon.

Fitch Ratings is predicting 13 percent annual growth for Macau’s gross gaming revenue this year, driven by 16 percent growth in the mass-market segment and 10 percent in the VIP segment, a significant slowdown from last year.

“Macau is the most attractive market for Chinese VIP given the SAR’s proximity to China and a critical mass of world class resorts,” Melbourne said. “Chinese VIP’s also look for anonymity, lines of credit, and well established rules and regulations. Some other markets have higher commissions and more flexible smoking and proxy betting rules, which may draw a certain subset of VIPs,” she added.

Vietnam, which is on the verge of a major revision to its tightly controlled gambling laws, could be another one to watch in the near future.

Singapore’s two casino concessionaires also suffered from the Chinese corruption crackdown, with revenues falling as much as two-thirds between 2014 and 2016. With a small local market, Singapore depends more on foreign visitors, which makes gaming revenue more volatile.

Another reason for the drop is that Singapore’s gaming laws are a lot more stringent than neighbouring countries.

“Singapore can not have junkets, so they are using their own credit which means strong balance sheet is important,” said Praveen Choudhary, managing director and head of Asia gaming/lodging at Morgan Stanley.

The drop in incoming VIP traffic led to the development of more accommodation options for budget travelers and the rise of non-gaming entertainment. Despite their woes, the two casino operators were estimated to account for between 1.5 and 2 percent of Singapore’s economy last year.

While the consensus is that the frontrunners are Macau and the Philippines, other countries such as Japan, Australia, South Korea, Cambodia, Singapore and even Thailand may present future competition.

Looking ahead, the future looks rosy. A recent report by Fitch stated “We feel VIP tourism across the region will continue to recover, and ongoing growth in mass-market gaming tourism will support regional expansion.”

While the VIP market has always been unpredictable indicators are pointing in the right direction.