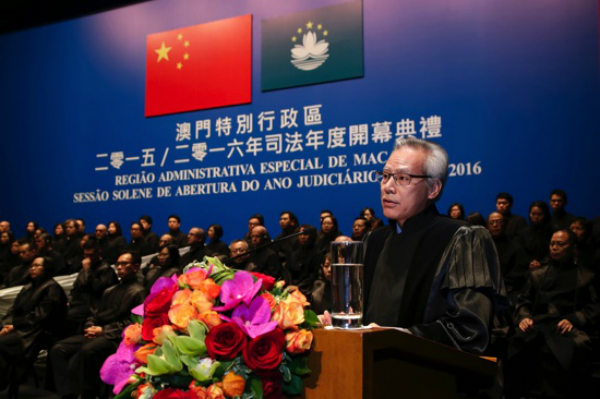 Macau’s top judge made the remarks on Wednesday at the opening ceremony of the Judicial Year 2016/17, at the Macau Cultural Centre in Nape.

According to Sam, during the Judicial Year 2015/16, the Examining Magistracy of the Court of First Instance (TJB) probed 697 gaming-related crimes in which gamblers were held against their will by loan sharks, up 38 percent from the previous Judicial Year.

Sam pointed out several cases in which gamblers died while held against their will by loan sharks.

“There have been several cases where those illegally detained were found dead: this deserves special attention,” said Sam.

Sam said it suggested that gaming-related crimes appeared to extend beyond casinos, which if not curtailed, would cause an adverse impact on the city’s gaming sector.