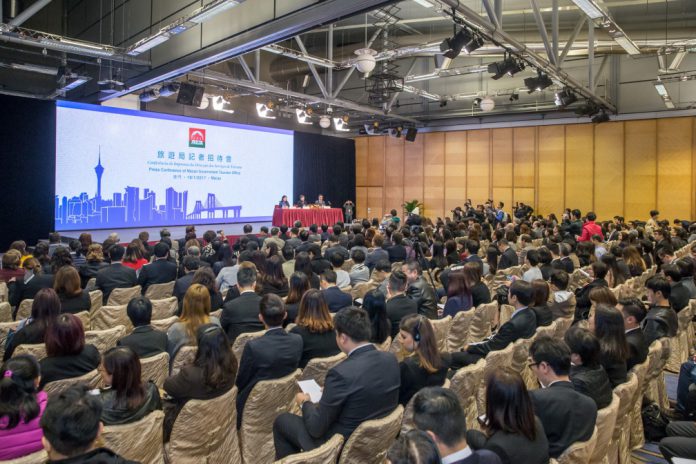 The statistics came from an annual press conference held by MGTO, with director Maria Helena de Senna Fernandes on stage as the main speaker.

According to Fernandes, while Macau’s economy remained in a period of adjustment in 2016, the preliminary data shows that international and total visitor arrivals in Macau both registered a year-on-year increase, as did the number of visitors from the Greater China markets. International visitor arrivals were up by 8 percent, she added.

The director also noted that overnight-stay visitors outweighed that of same-day visitors in the year, registering a year-on-year increase of 10 percent.

The conference was attended by 400 delegates, including members of the travel trade industry, with about 80 members of the press from Macau, China, Hong Kong and neighboring regions.