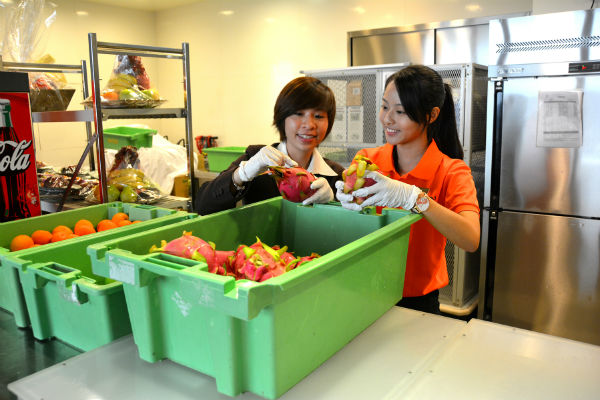 MGM’s annual summer program, “A Day with MGM,” was held at MGM Macau’s Vista on Wednesday, according to a press release from the operator.

Since its launch in 2011, more than 400 local youth have been offered the opportunity to gain hands-on working experience at a luxury integrated resort, learning practical skills and gain insights on the daily operations of the hospitality industry.

This year, the program involved more than 80 local teenagers aged 15 on average. The participants included children and siblings of MGM team members, members from Sheng Kung Hui Macau Social Service Coordination Office and General Union of Neighborhood Association of Macao, as well as winners of “Macau Outstanding Teenagers” award sponsored by MGM. This one full day immersion allowed the students to go behind the scenes at MGM Macau with seasoned staff from 16 different departments, helping them familiarize themselves with the daily operations and work culture of a Forbes Five-Star luxury integrated resort.

During the sharing session, Mr. Grant Bowie, chief executive officer and executive director of MGM China Holdings Limited, said, “As an active supporter of the community, we have placed a strong emphasis on the local youth development. Teenagers are at a pivotal crossroads in future careers. We hope that by giving them the opportunity to have some hands-on experience, they can further explore their future in the hospitality industry, and work together with us to develop Macau into a successful World Center of Tourism and Leisure.”

To help the even younger generation to get to know about the hospitality industry, MGM launched the first-ever “A Fun Serving up Experience” program in July.

The Company welcomed a total of 30 local children aged 6 to 11, including children of MGM team members and members from Good Shepherd Sisters. They acted as Food & Beverage (F&B) ambassadors while learning basic service skills and English conversation in a mock restaurant environment. Under the guidance of the F&B Training Manager, the little ambassadors dressing in server uniforms were shown how to set tables, take orders from and serve dishes to MGM management who acted as customers. Mr. Moky Lam, vice president of Food & Beverage of MGM, also shared his experience and journey with the children and was truly impressed by their service while being as a guest.