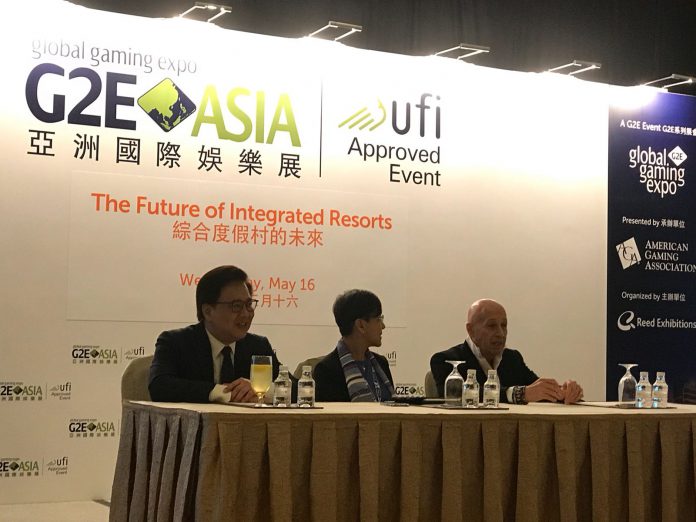 “That’s why in our new Londoner scheme, we are creating some rooms that would be big enough for two or three bedrooms to accommodate this new segment,” he said.

Wong was speaking at a panel session at G2E Asia on Wednesday, which was focused on discussing Macau’s transformation into a premier leisure hub.

Also on the panel was Helena Maria Fernandes and Dr. Allan Zeman, who discussed Macau’s future ambitions to further their status as a “City of Gastronomy,” as well as infrastructure’s role in further growing the city’s MICE industry.

When asked whether Macau will one day emulate the gaming/ non-gaming split as observed in Las Vegas, Ms. Fernandes said such a split would be “too ambitious,” and that we should still pursue a healthy growth in gaming.

Instead, Ms. Fernandes said she would be aiming for a more conservative figure of a 60:40 gaming and non-gaming split.

“We should not be shy that we have a gaming sector,” added Wong. “We are the only jurisdiction in China that allows gaming, but we need to turn this into a positive,” he added.