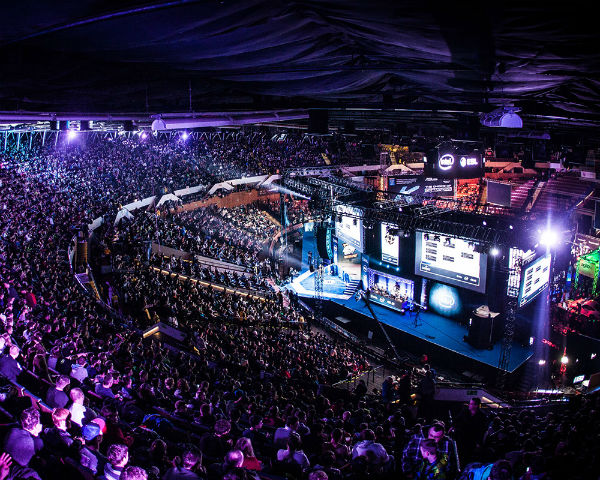 The stellar projections for esports revenue have whet the appetite of online wagering operators, though the absence of regulation, questions over sports integrity and lack of expertise mean widespread adoption in the gambling industry may be far away.

By 2020, the number of esports views and enthusiasts are expected to reach a whopping 286 million, drawing in more than $12 billion in wagering turnover. Attracted by the potential and the younger demographic many operators, both land-based and online, have been dipping a toe in the market.

Seattle-based Unikrn, a ground-up esports betting provider established in 2014, currently offers their esports betting services to over 20 countries across Europe and Asia and is estimated to generate revenue of $10 million annually. Pinnacle Sports, which runs a successful esports book, is said to have taken more than 8 million esports bets since 2010.

Asia’s integrated resort & casino operators have also been making moves in this space, with many seeing esports tournaments as a way to attract a market segment outside of the traditional gambler.

In July last year, Melco Resorts and Entertainment opened an esports stadium at its Studio City IR in Macau, emerging as a pioneer for this kind of customer development strategy in Asia.

Later in the year, Melco CFO Geoff Davis told the Nikkei Asian Review that an esports stadium would “very likely” be a “key component” of its proposed Japan IR, while in January, Sands China hosted a PUBG invitational tournament at the Venetian Cotai Arena, attracting 16 qualified teams and a prize pool of US$500,000.

That being said, the move into esports poses multiple challenges.

“The reality is we are years away from really getting to grips with the best way to offer esports wagering entertainment,” said Sportradar’s managing director for Asia, Michael Maerz.

According to him, an industry-wide lack of understanding, trust, and acceptance of esports have held a lot of operators back.

“Some just don’t take it seriously, others see it as just a fad because they have never been gamers or don’t understand anything about the particular community.”

A few years ago, wagering operators that had adopted esports early had to scale back their esports product, or remove it completely, after it failed to reach expectations.

“Such bookmakers expected huge turnover from esports without preparing any different marketing, nor investing in the right expertise,” he explained.

One of the most common mistakes operators make is treating esports like any other niche sport, simply adding it as another offering to their existing product line up.

“A bookmaker’s existing customers are unlikely to be esports fans, largely, which means you have to go and find them,” said Maerz.

“The demographic that bets on esports is very prudent and will switch easily, so this needs to be kept in mind,” he added.

“When entering the esports market, as a business, you need to understand that esports doesn’t have a static set of games, tournaments, or even rules – it’s a constantly changing environment,” said  Stephen Hanna, chairman of the Esports Integrity Coalition (ESIC).

“Bookmakers need to not only know the preliminary rules of an esports title but they also need to be kept abreast to any changes in the game that could affect its rules or winning parameters.

Esports is a spectrum, and operators need to truly understand the intricacies of this spectrum in order to be successful,” he added.

“We’ve seen operators offering odds on matches that had already concluded, or setting scoring parameters based on a whole other esports title completely,” said Hanna, adding that it’s more common than one might think.

Then comes the issue of integrity in esports – which carries a higher risk of match-fixing compared to traditional sports. Sports integrity body ESSA said this week it was seeing an increasing number of alerts about suspicious bets on esports.

“We’ve found that countries newer to the esports scene are particularly susceptible to match-fixing or cheating, as dissuading factors such as high player salaries or stringent integrity mechanisms are generally not present. However, we’ve also found cases of match-fixing occurring in larger, more well-known tournaments as well,” said Hanna.

“There are new cases of integrity breaches every year. It would be unfortunate not to learn from the mistakes of traditional sport and ignore the issue until it becomes a more widespread problem. Things are happening in the esports integrity space, but it has been slow going,” added Maerz.

To this effect, Hanna stressed that any operator in the space must have a well-informed integrity network and to invest in the right expertise.

“We’ve seen operators starting to factor in esports learning as part of their R&D budgets in order to keep up with the latest developments in the space. This budget is generally used to hire consultants or engage with professional integrity bodies like ESIC.”

In many cases, establishing a line of communication with the tournament operators could be particularly important.

“Operators that do not have the capacity to make these inquiries should reach out to informed integrity bodies in order to assure their product offerings are not detrimental to their brand and audience.”

With all these risks, it’s no wonder regulators are stepping very cautiously.

“Some of the biggest problems are not the operators but some of the regulators whose rules and processes are based on legislation that can hinder esports betting,” said Maerz.

“It has, and will continue to be a slow but necessary process. ESIC will continue to work with regulators in the space to further develop integrity measures within the industry,” concludes Hanna.