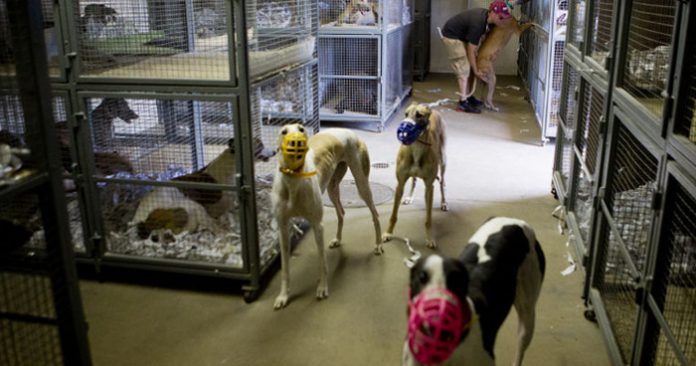 An animal rights group in Macau has slammed Macau Canidrome’s most recent proposal to temporarily move its greyhounds to the Jockey Club, with concerns of unsuitable conditions for the hounds.

The plan, which was submitted to the Civic and Municipal Affairs Bureau (IACM) on Friday, proposed moving the dogs to the empty stables of the Jockey Club temporarily while a new home was sought for the dogs.

However, activist group head Albano Martins of Anima said the option is not feasible due to the lack of space, and conditions of the Jockey Club.

“The Jockey Club has no capacity or even quality for those animals to be there,” said Martins. “There are two stables completely destroyed. They need to be rebuilt. They need to do fences, to close many of these areas. And I don’t believe that any of them (stables) can have more than 40 animals each. I don’t believe. So even if they have 50, all together (it’s) one hundred animals there.”

There are around 600 greyhounds that need rehoming, according to previous reports.

According to a letter posted to its website, the Canidrome also asked for a three month extension, explaining that additional time was needed to be fair to employees currently working there, and to also allow enough time for the dogs to go through a quarantine and customs clearance process.

The IACM however rejected this request immediately, but said it would be willing to aid the company with quarantine and customs clearance.

Martins said the government should let the dogs remain at the canidrome for one year so that they could be adopted, and also so they wouldn’t be sent to mainland China.

“If the Government is a clever institution, they should negotiate with them: ok, I will give you one year but you promise that all these adoption programs will be transparent, no dogs will go to China. IACM should control and you should get the cooperation with any organization that wants to help you, including Anima,” said Martins to TDM News.