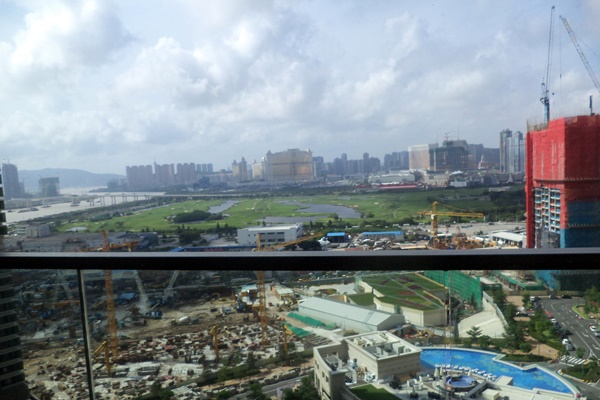 The Secretary for Economy and Finance, Lionel Leong, says the Macau Government has never received an application from a gaming operator to set up a casino in Coloane and reiterated that such an application could only be made by a gaming concessionaire.

Speaking in response to an enquiry on June 9 from legislator Au Kam San, who questioned whether the government would allow any gaming facilities to be set up in Coloane, the Secretary said the Gaming Inspection and Co-ordination Bureau (DICJ) has never received an application from a hotel project in Coloane to open a casino, Macau Business Daily reported.

The legislator said Macau’s gaming industry has stepped into an adjustment period and there are more than enough gaming tables granted, and asked whether Coloane as “the last piece of green ecological zone in Macau”, would be spared from gaming.

The possible gaming projects that legislator Au Kam San referred to include Golden Cotai No.1, a project that is expected to comprise five top class super deluxe residential towers, and the hotel project being constructed in Seac Pai Van by Louis XIII Holdings Ltd.

Hong Kong property tycoon Cecil Chao, who chairs Golden Cotai No.1 development company Cheuk Nang Holdings Ltd., said that the project has been waiting for government approval for 8 years and cannot be developed, and that their numerous attempts to contact the government whether by written letter or arranged meetings fail to receive any reply, Macau Business Daily reported.