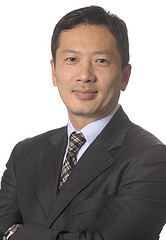 Melco Crown Entertainment (MCE) has announced the resignation of its chief operating officer, Ted Chan, due to personal reasons. Lawrence Ho, chairman and chief executive officer of MCE, confirmed that he will personally take on day-to-day operational leadership.

MCE said it is not planning to name a replacement COO at this stage.

“The Company is using this opportunity to transform its leadership structure in a manner designed to streamline operations. Melco Crown Entertainment has been actively evaluating its operations to optimize financial performance with a focus on improving its marketing initiatives and creating a more efficient reporting structure,” said the company in a statement.

Lawrence Ho said: “Melco Crown Entertainment’s recent performance has improved, but I believe we have many more near-term opportunities to drive growth and profitability. The new structure will allow for quicker decision making and reactions to a fast-changing market, which should make the company even more competitive in this challenging period of time.”

He added: “We thank Ted for his many contributions to the Company over the years, and we wish him all success in his future endeavors.”

“Based on our conversations with various parties over the past 12 hours, the reasons for the management changes are varied and partly have to do with performance of Studio City,” said Bernstein in a note on Wednesday.

“We are encouraged by Lawrence Ho taking a more active role in MPEL as we have had concern about his bandwidth being spread too thinly with the development and investment initiatives being taken by Melco International. However, with some management changes that have occurred at Melco International over the past few months, Lawrence Ho now will be able to be more actively involved in Macau.”