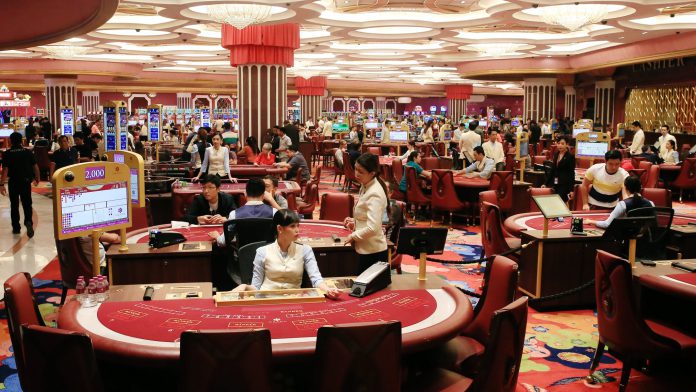 VIP play was tepid through the key Golden Week holiday in Macau and is likely to remain so for the rest of the month as trade tensions pressure Mainland China’s economy, analysts at Bernstein said.

The firm estimates that gross gambling revenue from Oct. 1 to Oct. 7 was about MOP8.1 billion, making an average daily rate of MOP1.16 billion. That’s down 11 percent from October last year and up 58 percent from September. The overall ADR is slightly below the 2019 Chinese New Year figure.

Mass volume is estimated to have improved by high single digits and VIP volume to have declined by low 20s on a y/y basis, the analysts said.

“As we have expected, based on conversations with industry participants, higher end play was tepid during the Golden Week, and will likely remain so for the rest of October (although the y/y decline should improve).”

Bernstein noted that hotel bookings were solid and that visitation had been strong, with visitor arrivals up 11.5 percent. However, the tourists tended to be a lower quality player, so the visitation gains didn’t feed through into GGR.

There are several factors contributing to softer GGR, including the slowing Chinese economy due to trade tensions, a weaker renminbi and the protests in Hong Kong, which may have had some impact in deterring Chinese visitors there who may have gone on to Macau.

However, it added that overall the impact from the protests has been minimal.

For the month as a whole it sees a drop in GGR of between 3 to 6 percent year-on-year.