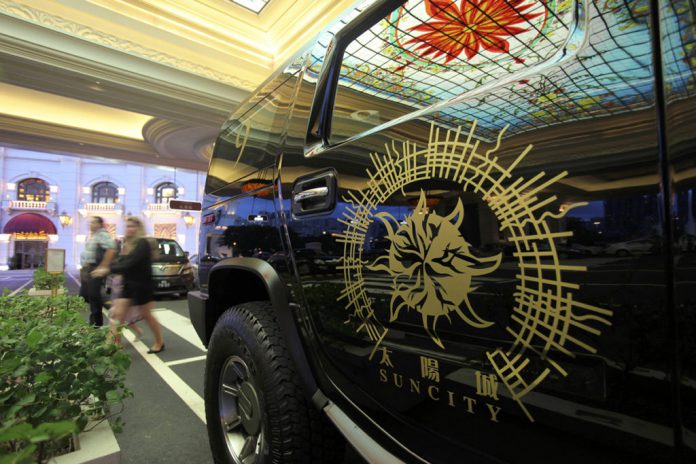 Suncity Group Holdings said a company owned by its chairman Alvin Chau has agreed to lend the junket operator HK$1.5 billion ($191 million) to fund its operations.

The funds will be available from April 8th, the date of the agreement, for a period of three years, Suncity said in a release to the Hong Kong Stock Exchange. The loan will carry annual interest of 3.5 percent.

“The directors (excluding Mr. Chau) consider that the Facility will strengthen the financial position and provide additional working capital to the group,” it said. “The directors are of the view that the terms of the agreement are more favourable than those offered to the group by third-party financial institutions in Hong Kong.

Chau abstained from voting at the board meeting at which the agreement was considered and approved.

Suncity has been aggressively expanding, including buying a stake Vietnam’s Hoiana resort, which is scheduled to open later this year, buying a stake in Summit Ascent, which owns the Tigre de Cristal in Vladivostok and is exploring opportunities with Paradise Co. in South Korea.

Suncity Group saw its loss for 2018 increase six-fold year-on-year to RMB1.5 billion (US$223.6 million), due mainly to the change in fair value of derivative financial instruments, exchange losses, and absence of a reversal of impairment loss and reversal of provisions for litigations which occurred in 2017.