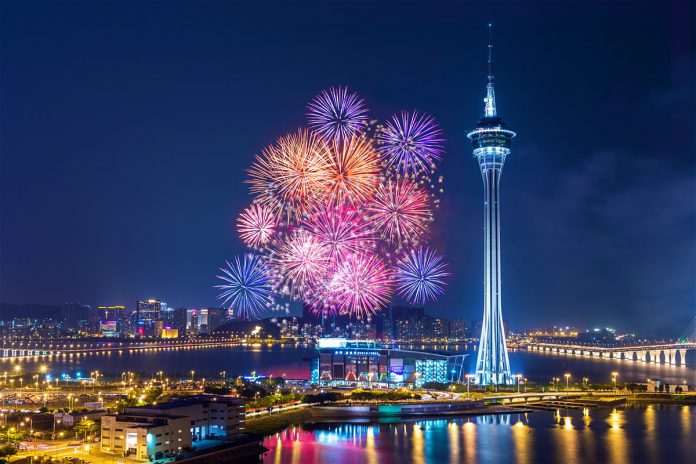 The 1999 handover and casino liberalization policy put in place a new phase of development for Macau. All six casino licenses are soon set to expire and once the retendering process has been enacted, Macau will enter a crucial next phase.

The competitive landscape for casino and integrated resorts (IR) has, however, dramatically changed across Asia, with multiple iconic IRs and casino properties emerging. Macau’s position within the Greater Bay Area, Belt and Road initiative and Hengqin Island developments are factors to put into this dynamic development mix.

Looking to 2020 and beyond, what will Macau’s new phase look like and what policies will be put in place to guide and encourage buy-in from the private and public sectors?

To project scenarios for Macau’s next phase of casino and tourism development, it’s necessary to step back 20 years and look at the actions that essentially signaled and were a catalyst to Macau’s impressive IR and casino development post-handover.

The triad turf wars that played out so publicly in the years up to the Macau handover were to have a negative impact on annual gross gaming revenues, which fell 11 percent year-on-year from 1998 to 1999 from $1.8 billion to $1.6 billion. That’s essentially less than two weeks of gaming revenue generated today.

VIP revenues in 1999 had dropped to $1.1 billion, making up 70 percent of total gaming revenue. Again, a minor reflection on the revenues now generated from VIP and premium mass. The liberalization of Macau’s casino industry and the end of the casino monopoly only a few years after the handover was to be a fundamental policy to stimulate economic growth and return stability to Macau.

In 1999, the Macau government received $766 million in direct tax of gross revenues, but by 2018 took $14.2 billion, showing the sheer volume of casino play in Macau today, and its contribution to the now over $70 billion in government fiscal reserves. With 337 gaming tables and 796 slot machines at liberalization time, Macau still had Asia’s largest gaming revenues, though this shifted to global leadership when it overtook the Las Vegas Strip in mid-2000.

With the establishment of Special Administrative Region (SAR) status for both Hong Kong and Macau, the two SARs become the first to get ‘ADS’ (Approved Destination Status) agreements from China.

This signaled that Mainland Chinese were about to start travelling outbound in ever increasing and significant numbers. Combined with casino liberalization, Macau’s casino (and tourism) success would be and still is based essentially on the comparative advantage of being a cross border location to another jurisdiction that bans casinos, in this case China. Today Mainland Chinese visitation is crucial, representing over 70 percent of Macau’s 36 million visitors in 2018.

This description of data comparisons is an important one. It shows rapid and sometimes unexpected growth, of greater dependence on casino revenues and the Chinese travel market, and where development goals are not necessarily to be restricted by fiscal constraints.

I was in Macau before 1999 working in the hospitality and tourism sector and experienced the changes first hand. The Macau government receives 85 percent of tax revenue today from the gaming sector, while there is a constant narrative that Macau needs to diversify beyond gaming. Over the years I have researched and commented on the various reasons why Macau has become more reliant on the gaming industry, examining Macau’s policies, destination communication strategy, city branding, stakeholder collaboration and sustainable development. The Macau government has pitched the city as a ‘World Centre of Tourism and Leisure’. A vision can require various levels of objectives with clear key performance indicators.

When suggesting future tourism scenarios, one outcome is based on there being minimal change in current direction. At the other end of the spectrum, another will take a more dynamic position, with a greater level of disruption needed to achieve its aims.

A forecast for Macau’s casino and tourism landscape in 2020 and beyond needs to obviously consider many variables. It is a dynamic situation where a sudden public or tourism policy initiative, infrastructure development or regional competitive factor could all influence a well devised tourism plan.

Based on Macau’s tourism history and trajectory of the past 20 years, I currently would take a cautious position, with Macau continuing in the current development cycle with incremental non-gaming growth. As well as internal city challenges to growth, I am aware too of the competitive tourism landscape throughout Asia and the future growth projections in each destination’s tourism and casino development and infrastructure surrounding this. A new phase of tourism development for Macau must take into account that these factors did not exist 10 or 20 years ago and could even impact non-gaming growth goals. Defining and rallying consensus around Macau’s tourism vision and a tourism strategy based on this, could certainly put the city in a greater competitive foothold for 2020 and beyond.

*Professor Glenn McCartney MBE is Associate Professor of International Integrated Resort
Management at the University of Macau, China. He is also the British Honorary Consul for the territory for which service he was awarded an MBE (Member of the Most Excellent Order of the British Empire) by HM Queen Elizabeth II in 2016.