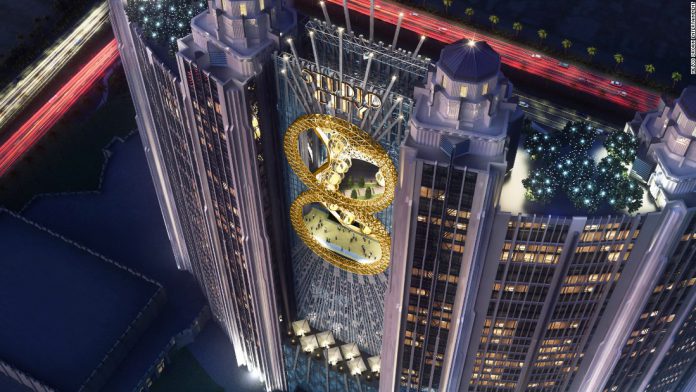 Melco Crown’s Studio City may receive roughly 150 gaming tables from the government for its Hollywood-themed Studio City resort, a number that will now “serve as the baseline for expectations” for future openings in Cotai, said Deutsche Bank Securities.

Analysts Carlo Santarelli and Danny Valoy said, “while not necessarily a big surprise, we do believe the prevailing view was that 150 would be the minimum for the new “free standing” openings post the 150 table allocation to Galaxy at its Phase II opening.”

Assuming 150 tables is correct, DB expects Melco Crown may use 110 for mass play and 40 for premium mass and direct VIP.

“As the math suggest, no tables would be earmarked for junket VIP play. Studio City expects to open with 1,000 slots and 200 live dealer multi-terminal stations.”

The note adds that Studio City will open in the final week of October.

“While MPEL had previously stated a late 3Q opening, we believe few expected this timeline to remain firm and hence we don’t expect the late October opening to come as a surprise. Given what has been more muted seasonality during holiday periods, we don’t believe the property opening after the Golden Week period (first week of October) is material.”

In a recent note also, Bernstein Research estimates that it will be 100 days before the property is ready to open.